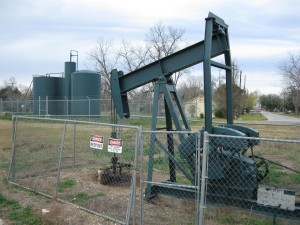 What do a home care nurse, a philosophy professor and a jazz drummer have in common? They are leading the fight against fracking in the small Texas town of Denton.

Their well-meaning, yet misguided, crusade has called for a referendum vote that is taking place on November 4th Election Day. The referendum will decide whether there is going to be a ban on hydraulic fracturing (fracking) in the town of Denton.

How Does Fracking Affect the Oil Industry?

Oil and gas drilling are a long part of Texas history. Fracking has opened up another chapter in this history for many locations in Texas that were not developed previously. That is because the method of fracking is relatively new and has allowed extraction of gas and oil from previously unreachable reserves.

It is a method that uses hydraulic pressure generated from pumping water, sand and chemicals into shale rock. As the rock is moved around and broken, oil and natural gas are captured and processed for energy use.

There has been a strong environmentalist movement in the country that has resisted the use of this technique. While the process of fracking is believed in most engineering and science circles to be completely safe, this does not stop the environmentalists. The tools they are using in this fight are fear, misinformation and good old pavement pounding.

They cite chemical spills and accidents, contamination of ground water and noise pollution as major reasons to not allow fracking. They have even made absurd claims that fracking causes tap water to be so contaminated that you can light it on fire. Most of these allegations have been proven false. 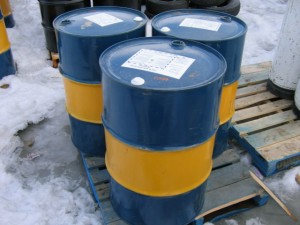 While there can be fracking concerns, the fact is that responsible companies who practice safe drilling cause little damage to the environment. Fracking not only provides valuable energy resources at a time when our country needs them the most, it also is a source of income and jobs for thousands of Texans.

The city of Denton lies on what is known as the Barnett shale field. Some experts believe that this field might be the largest on shore deposit of natural gas in the entire United States. Not only would a ban on fracking deprive us the opportunity to add those resources to our country, it would also deny the city and local school districts a boon in tax revenue.

Some experts believe that the ban would lead to lost jobs, $5.1 million dollars in lost tax revenue and $4.6 million dollars lost that would go to local school districts.

While the opponents of fracking deny these figures, they claim to have common sense on their side. By banning fracking, they claim, property taxes will rise as property values increase.

Common sense says that in an area with an increase in jobs, which means an increase in housing demand. Property taxes will rise as more homes are built to accommodate the influx of workers. Along with that, property owners will be able to rent out parts of their property for wells to be drilled on, increasing property values even more.

While this fight is critical to the town of Denton, the referendum passing might lead to a larger crisis nationwide. Similar fights are being fought in Pennsylvania and in Colorado. If Denton decides to put a ban on fracking, it could lead to similar results in other places- further hampering the ability of the United States to move closer to energy independence.

Being an informed voter is critical at a time like this. Before you consider voting in favor of the ban, investigate the good fracking can do. Also investigate the claims of its opponents to see if they are in fact true- and if they are, to what degree. The future of more than just your town and its economy are at stake.