Many critics and experts have an opinion regarding whether Peak Oil is impending, the term for the event when oil energy consumption exceeds the amount extracted from the earth’s natural reserves. But not even the International Energy Agency (IEA), the world’s central agency that handles petroleum supply intelligence knows when, or even if, Peak Oil will occur.

The latest predictions show a higher demand and potential shortages, but the U.S. may help bridge the gap with an increased supply, which may offset the increased tapping of reserves.

In the long-term, BP claims that the world would need about 45 percent more energy in 2030 than is consumed today in order to avoid Peak Oil.

While today, there are concerns about a shortage that affect everyday Americans and people globally include an increase in food, heating and transportation costs which would impact the quality of life and survival for many nations, particularly those with marginal living conditions. Virgin Airlines and other UK-based business leaders funded a report that predicts shortages and price spikes in 2015.

While the IEA officially says that currently the short-term status of global oil reserves is safe, according to the U.K. publication The Guardian, many officials disagree internally about the organization’s public stance.

U.S. Supply may be Increasing 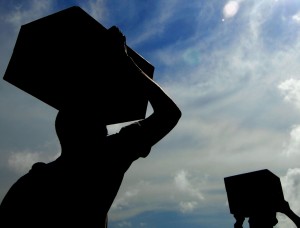 Also, in 2015, the IEA predicts that due to recent technology and reserve discoveries,the U.S. will surpass other primary oil producing countries such as Russia and Saudi Arabia, in oil production.

The Variables Involved in Calculating Peak Oil and Petroleum Reserves

It is unclear when or if Peak Oil will occur because the ability for experts to estimate oil supply levels is uncertain due to the continually changing variables used in making predictions.