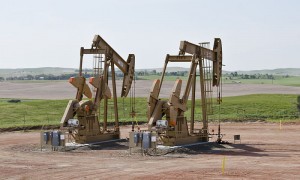 With the discovery of the Parshall Oil Field in 2006, there has been an insane rush to North Dakota with large aspirations of striking oil. Young men barely into their 20’s who once just hoped to make it out of their hometown now flock to the state with dreams of making over $100,000 salary a year. Large oil producers have stormed to the Bakken formation increasing numbers over the past 7 years. The effect that this discovery has had on North Dakota in no way can be understated.

Exactly what effects has the oil boom had on the state? Since the boom began, North Dakota has inhabited as many as 700,000 new people. The effects on its GDP alone have bolstered to the state to around $55,000. That’s 29% above the national average. How about its effect on unemployment? North Dakota now boasts an impressive unemployment rate of 2.7%, the lowest of any state in country. This is a result of over 40,000 new jobs that have been created by need to harness a resource that has been precious to our country since its foundations.

And how has the oil boom affected those living in the area? A report from The Fiscal Times has released some shocking statistics about how things are operating in North Dakota. One of the craziest involves the population. The report states that over the next 20 years the total population of North Dakota is supposed to increase by 50% in the next century. To account for the growing numbers, the state develops between 2,000 to 3,000 houses a year and still cannot satisfy the insatiable demand of people. Perhaps one of the biggest eye openers of population growth: McDonald’s is paying its employees $15 an hour because it’s so understaffed.

Things seem to be going great for all parties. The oil companies are making money, the United States is less dependent on foreign oil imports and the small state of North Dakota has biggest population boost its ever seen.

However, is the boom meant to last? North Dakota is already familiar with how short-lived an oil boom can really be. The last oil rush that the state saw 30 years ago ended in the blink of an eye. Is the Bakken boom destined to meet the exact same fate?

Skeptics Of The North Dakota Boom

While North Dakota seems to be an oil drillers paradise, there are some experts that question how long the good times and dollar signs can last in the state. One of the biggest questions that arises is how sustainable the hydrofracking process is. Hydrofracking, a process that has been crucial to extracting oil from the Bakken shale, requires an immense amount of water to be pumped into the ground in order to break rock formations beneath the surface. The oil wells in Bakken are no exception. Reports have stated that North Dakota used an estimated 5.4 billion gallons of water in 2012. This number can only be expected to rise as the amount of wells in the state steadily climbs. It’s fair to question whether or not the state has enough resources to handle of all this water usage or if water depletion is a very real threat. 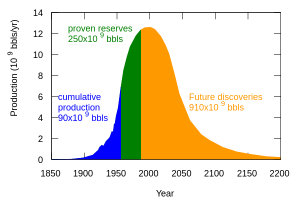 Then there is obviously the implication of peak oil. Peak oil is a theory indicates that after maximum amount of extraction has taken place, the production will enter a “terminal decline”. Many skeptics are wondering how long the 10,000 wells in the area will be able to keep up the rate of production. A recent decline of 63,000 oil barrels a day may lead people to believe that this boom is nothing more than nearly a bubble that’s about to burst. 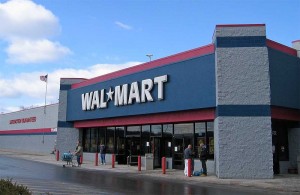 Finally, there are raising concerns of whether this boom will cause North Dakota to outgrow itself. The flood of oil worker hopefuls have not only caused the population to skyrocket but have severely increased the cost of living. Landlords who may have been struggling to fill vacant rentals have been able to double or even triple the prices that were once offered. Walmart parking lots have been flooded with overnighters to the point where they begin to look like a Jimmy Buffet tailgate. Even though new housing plans have been made in North Dakota, construction companies are struggling to keep up with the increasing demand. There seems to be a hunger for space in the area that might just not be able to be filled. This combined with an ever increasing crime rate are making the area a less attractive place to reside.

While the Bakken oil boom has clearly had significant positive impacts on the growth and development in North Dakota, there are still a significant amount of questions that have been left unanswered in the area. Questions of whether or not the area will be able to keep up oil production levels at this rate are lingering to an ever increasing and more violent population. Time will tell whether this is a sustainable boom or a bubble similar to what North Dakota has experienced in the past.