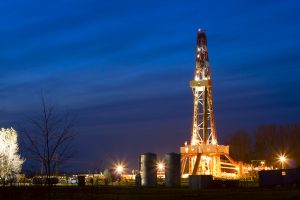 With oil production in the United States steadily on the rise, few people are asking an important question: Could U.S. oil production be underestimated on a global scale? The United States is a relatively new contender in the arena of global energy supply, and that is making for some interesting interactions with other oil-producing countries.

OPEC May Be Underestimating US Crude Oil

Now OPEC and Russia have engaged in production cuts. But it’s believed that United States production alone could offset around 55 percent of these production cuts in 2018. This is a strong indicator that OPEC may have underestimated the amount of production that the United States could achieve, both quickly and on its own. The United States is now becoming a major player in the export market, which is causing many other countries to have to adjust.

The Consequences for Crude Oil

It’s likely that oil prices are going to rise.  There are production cuts through OPEC, and an increasing demand for oil and gas. Thus, companies throughout the United States can continue to ramp up production for some time without having to worry about potentially harming their own prices. Furthermore,  any decrease in gas prices would be beneficial to the economy as a whole, and the U.S. energy market has been able to withstand lower energy prices before.

For other oil producing companies, such as in OPEC and Russia countries, it’s likely that they will lose substantial market share to the United States. With the United States continually ramping up production and other countries slowing theirs, it’s inevitable that the US will gain further power over the global energy market. Not only does this increase the stability of U.S. energy as a whole, it also establishes the U.S. as a strong political power in the area of energy.

The U.S. Market Stronger Than Ever

The U.S. energy market is considered to be stronger than ever because of the difficult times caused by reduced energy prices and a prior reliance on foreign oil. This makes it remarkably resilient to any further adjustments that could occur on a global scale.

Oil producers have become incredibly efficient throughout the nation and this is driving OPEC and Russia out of the market. But oil producers are going to have to continue growing and producing if they want to keep this momentum, especially as other countries are finding themselves left behind. Though oil production is now shattering records, the need for oil is equally great. If the United States can exceed domestic needs for oil, it can continue to export to other countries, which will provide impressive economic benefits.
For oilfield companies that are looking towards expansion, Tiger General provides only the best in American-made and assembled oilfield equipment. Take a look at Tiger General’s trucks, winch tractors, and swab master rigs today.