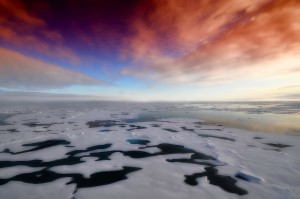 It’s estimated that the Arctic contains 30% of the world’s presently undiscovered natural gas, in addition to 400 billion barrels of oil. Current development of drilling in the challenging Arctic Sea region, alongside the conscientious development of safety standards and new technology, will prime the area for future drilling endeavors. Whether the Arctic Sea is drilled for oil is a question of “when” rather than “if,” and the sooner the drilling begins, the more effective ways can be developed to safely recover that oil.

By tapping previously inaccessible oil reserves, the nation will see energy costs drastically reduced, which will improve the economic landscape across the country. Energy concerns will be significantly lessened and a reliance on foreign oil vastly reduced, all of which will further improve the country’s economic picture.

Arctic drilling is to be completed as an Alaskan offshore endeavor, leading ultimately to Arctic exploration. By bringing jobs (and thus money) into Alaska, oil and gas companies will help in enriching local and indigenous communities. Great pains are being taken by Shell Oil in the Arctic to ensure that the local economy and the native community experience only positive changes regarding oil drilling. With an improved local economy, industries beyond the oil and gas industry, such as retail and development, will also see marked improvement. 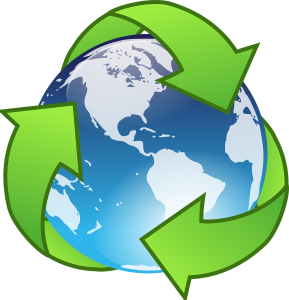 Though environmentalists may have concerns regarding Arctic drilling, it is actually beneficial for both science and conservation efforts. To ensure the continued safety of drilling, companies such as Shell Oil must conduct numerous scientific studies and aid in the conservation in the surrounding area. Through Shell Oil’s well-funded endeavors, scientists and environmentalists will both learn far more about the Arctic region than ever before.

A great deal of scientific knowledge and discovery arises from necessity and commerce. In fact, commercial enterprise can be seen as the leading driver behind most major scientific discoveries. The Arctic Sea has previously been very rarely explored, and bringing a commercial enterprise into the area will have vast benefits for the scientific community. Shell Oil has even developed new methods of water sound dampening, to protect marine life.

With all of the above, it’s easy to see why Arctic drilling is so important and beneficial, both to the oil and gas industry and to the country as a whole. Even the current administration, which has traditionally acted against drilling, has acknowledged the importance of drilling in the Arctic Sea. Arctic drilling is still some way off, as the principle company involved , Shell Oil, will still need to obtain numerous clearances to proceed. But should Arctic Sea drilling become successful, it will undoubtedly lead to improvements in the nation’s economic and energy outlook.

One response to “The Benefits of Arctic Drilling”