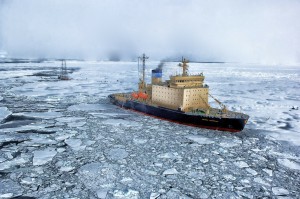 In yet another move that maintains the Obama administration’s inconsistent messages about their support or opposition to the petroleum industry, they have approved the rights for Shell Oil to drill in the Arctic. While he vetoed the Keystone pipeline legislation which would have provided a safe and efficient pipeline into the U.S., Obama at least understands the untapped resources the Arctic Ocean will be able to provide.

Approval to Drill in the Chukchi Sea

While the environmental movement sites the Chukchi Sea as an important place for water mammal migrations, going so far as to call it the “most remote and important places on earth,” the administration understands that the impact of drilling here can be done in a safe and controlled manner. The Chukchi Sea is suspected to be home to some 15 billion barrels of oil, and has long been a site that the oil industry has sought to develop. Approval is contingent on Shell gaining all of the proper paperwork as well as satisfying the requirements of the Marine Mammal Protection Act. A Shell spokesman said that even with the work left to do this was “an important milestone” showing that the administration had confidence in shell in spite of their past troubles.

Shell Oil’s Problems in the Arctic 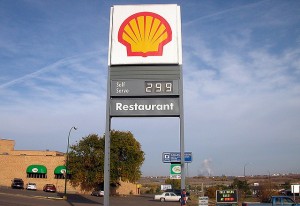 Arctic drilling was supposed to begin in 2012, but Shell has run into some issues. The Chukchi Sea is one of the most challenging places for exploratory drilling. The weather there is unpredictable, causing high winds and rough seas. To compound these issues, the nearest Coast Guard station that could respond to a spill is nearly 1,000 miles away. There are no roads to ports or towns that could provide support, furthering the difficulty of drilling there.

Due to these challenges, Shell’s first forays into the Arctic met with some issues. The most serious were that rough seas forced two of Shell’s drilling rigs aground. The Coast Guard, who was also closely monitoring the drilling also found issues with a secondary spill containment system as well as some air quality violations. While the regulatory issues were corrected, it took additional time to satisfy the Department of the Interior that Shell was capable of getting the job done without incident.

A Blow to Environmentalists

While the approvals are seen as a positive thing by the oil industry and anyone wanting to improve the US economy and further our energy independence, of course the Environmental Lobby is not pleased. They maintain that the increased regulations and careful monitoring of the drilling is not enough and the potential for spills and damage remains high. However, this is far from the truth.

While the environmental movement is correct that the administration’s positions have been very inconsistent as of late, their constant fear mongering over the impacts of drilling and climate change in general were not enough to sway the opinion of the Obama administration.

Good News for the Oil Boom

These approvals also line up well with the boom in other parts of the oil and gas sector. The U.S. is taking full advantage of its resources by leveraging multiple sources of energy. This resurgence of U.S. dominance in the energy market may bring stability to a volatile place by taking money and resources from regimes that want to destroy the West while at the same time using the cash to fund their holy wars.