You’ve probably heard the saying about not messing with Texas, and it’s true that Texans can be a formidable force when things get tough. At a time when two out of every three drilling rigs in the United States have gone idle, a handful of Texas oil producers are still profitable below $30 a barrel.

If Texas were a country, it would be the world’s sixth largest producer of oil in the world. The profitability of oil in Texas has a big impact on the overall economy of the state. In this adapt-or-die environment, many shale patches are seeking new ways to keep their break-even levels (the level at which a company goes from being unprofitable to profitable) as low as possible.

What have they been doing to keep their profitability levels so low? Experimentation with new technologies, perfecting new techniques and harsh cost-cutting measures have all contributed to the low break-even levels of some of the shale drillers across the state. To remain competitive with other companies, many shale drillers have also dug in and increased their output, despite the falling prices. Even in the midst of these difficult times, oil output reached 9.2 million barrels last week, the highest levels found in January since 1971.

Eyes on the Future 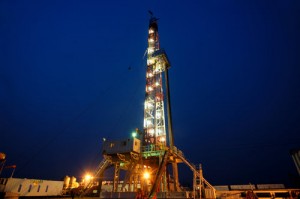 The variability of break-evens from one company to the next is determined by a variety of factors. Local tax rates, average output per well and even the cost of drilling in different rock formations can all impact what makes a company profitable. Given the circumstances, it’s a small collection of companies that have been able to reduce their break-even levels to rates that remain profitable given today’s prices. As of January 6 of this ear, 42 oil companies had filed for bankruptcy, according to the Law firm Haynes and Boone LLP.

Still, oil levels aren’t going to stay this low forever, and many shale drillers are adopting a “what doesn’t kill us will make us stronger” perspective. Those companies that have been able to perfect their technique and keep their break-even levels below $30 per barrel will likely have many good years in the future when oil prices finally rise again.