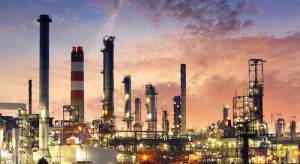 The Supply and Demand of Oil

The major driving force behind lower oil prices has been supply-side manipulation by the oil-producing nations in OPEC. OPEC chose to flood the market with cheap oil as a method of driving United States oil suppliers out of business. However, this actually had the opposite effect. As oil prices continued to drop, the amount of domestic oil activity actually increased in order to compensate for a lower per barrel price.

United States oil and gas companies worked on better and more efficient oil recovery techniques, in order to remain profitable by providing and selling even more oil, both domestically and through foreign exports. In particular, fracking made it easier to recover oil from previously unfeasible locations. Consequently, the tactics that were used by OPEC ultimately did not work, though it is not known how long they will maintain these artificially lowered prices.

Current Factors in the Market Recovery

There are a few issues that could lead to a recovery in oil price. Chinese oil demand is a major factor: China has been purchasing large amounts of oil, and it’s not known whether it will continue to do so or whether it is merely stockpiling oil at low rates for future demand. Iran has also returned to the oil markets, and may become a key player in the future, and it’s unknown what Iran’s production capacity will be. Finally, it also is not known how well mature oil fields will continue to produce. Investments need to be made in new, future oil fields rather than simply draining current resources.

Researchers believe that there may be a sharp decline in oil production in mature fields shortly, which will lead to a faster recovery for per barrel prices. Most estimates state that oil may reach $65 a barrel by the year 2020, whereas Barclay’s estimates forecast a per barrel price of $85 by 2020: a significant difference for the oil market.

Rising oil prices will be a boon to the oil and gas industry, but may also have an effect on inflation and the economy.  However, oil and gas companies have found many ways to keep the costs of oil recovery down, even if supply does begin to dwindle. Domestic oil and gas is always better for the economy, both local and national, than foreign oil sources.