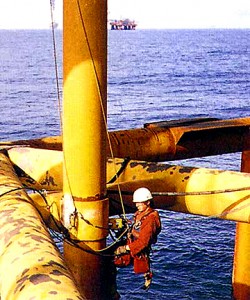 While the employment rate in the U.S. continues to be a faltering factor in the overall economy, surprisingly, oil and gas jobs have increased, despite the sector’s controversial role in the Obama administration’s drive for sustainable energy. In fact, U.S. oil and gas jobs increased by 600,000 in only two years, and total approximately 9.8 million American jobs, according to a PricewaterhouseCoopers study sponsored by the American Petroleum Institute.

The advance in the oil and gas job rate is related to the advent of the fracking and horizontal drilling technology, according to industry experts. The technique, which involves inserting water, and chemicals at high pressures to open shale rock and release the trapped oil, has enabled the level of extraction to increase. Resulting employment impacts have included an increase in drilling, transportation, chemical and other positions that are needed to handle the additional productivity. Ancillary industries, such as oil field truck and swab rig production experienced growth as a result.

According to the American Petroleum Industry president Jack N. Gerard, if government policy supports drilling, the trend could continue and help support the growing economy.

Misled environmental groups have concerns that oil drilling impacts the environmental sustainability of wildlife areas where the drilling frequently occurs. Concerns about the limited supply of oil have shifted priorities toward finding sustainable energy sources to fuel transportation and electricity in the U.S. Central to the controversy is the proposed Keystone XL Pipeline in Canada’s Boreal forest, which has thus far been blocked by the government while lobbyist efforts continue to seek approval. The 1,200-mile pipeline would carry 830,000 barrels of oil a day from Eastern Canada to the U.S. Gulf Coast. The decision that may lead to drilling is expected to be delivered in 2014 by U.S. and Canadian officials.

According to API, the oil and gas industry supports approximately 8 percent of the economy, and is expected to increase if policies support additional drilling.