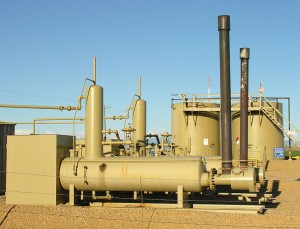 Oil seems almost as common as water in Canada. The city of Alberta, Canada is estimated to have more oil in it than the entire world has consumed over its entirety. Additionally, Canada has the 3rd largest oil reserves in the world. Yet Canada remains the 6th largest crude oil producer. Why is this? The answer to this question: logistics.

Canada exports its oil to North America and North America alone. Unlike other major oil producers, Canada doesn’t heavily export its oil to overseas countries like China where the oil prices are significantly higher than North America’s prices. In fact, according to Canada’s Energy Report they export about 94% of their oil to the United States. Only about 6% of all oil production is exported overseas. Furthermore, the United States is the 3rd largest oil producer in the world (and growing by the day).

This isn’t good news for Canada. If the United States keeps on growing, and eventually becomes energy independent, Canada will have nowhere to ship their oil. If Canada wants to become significant player in the oil industry, they’ll have to either solidify their oil ties with the United States or start to export overseas. Above all though, Canada’s oil exportation outlook doesn’t look too promising.

Furthermore, TransCanada.com states that the Keystone XL project “is a critical infrastructure project for the energy security of the United States and for strengthening the American economy. Along with transporting crude oil from Canada, the Keystone XL Pipeline will also support the significant growth of crude oil production in the United States by allowing American oil producers more access to the large refining markets found in the American Midwest and along the U.S. Gulf Coast.” It goes without saying, this project is causing significant controversy in Washington.

Most Republicans are in favor of the  Keystone XL Pipeline, saying it will add thousands of American jobs while also significantly boosting the American economy. Meanwhile, most Democrats are against the project saying that the country shouldn’t heavily depend on oil as a source of fuel. Wealthy American investor, Tom Seyer, became the spokesperson against the Keystone project. He invested millions of dollars in advertisements that spoke negatively towards the Keystone project. 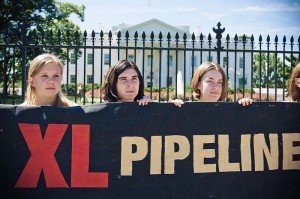 Conversely, most of Canada has been incredibly supportive of the Pipeline. Because of the clear economic benefits of the pipeline for Canada, there has been virtually a unanimous agreement in Canada that the pipeline should be built. Additionally, Canada would much rather have a consistent exportation of their oil to the United States rather than export overseas and create headaches and uncertainty down the road. Stephen Harper, the Prime Minister of Canada, came out publicly to praise the Keystone Project and express how confident he is in the project.

Canada has all of its eggs in the Keystone Project’s basket. Much of the future oil production and exportation in Canada lies in this project. If the pipeline is built, Canada will guarantee its oil exportation to the United States for many years to come. Since Canada is sitting one of the largest oil deposits in the world (Alberta, Canada), there will be no shortage of oil to export. Canada will be able to streamline their oil exports to the United States if the pipeline is built. There won’t be any logistical issues of delivering oil to the United States if the pipeline is built. This significant increase in oil exportation by Canada would result in remarkable increases in revenue along with the solidification of Canada as a player in the Oil industry.

Having said that, if the Pipeline isn’t built, Canada’s future in the oil industry may be very limited. As stated above, Canada mainly exports to the United States. So if oil ties are cut between the United States and Canada due to an increase in oil production in the United States, 94% of Canada’s oil exports will be gone. If this happens, Canada would have to solely export overseas, where they may have trouble establishing a market. This would result in an immense amount of problems down the road for Canada. It is in Canada’s best interest to push for the Keystone XL project to pass, because if it doesn’t, Canada’s oil exportation future may have some obstacles to overcome.