With our country’s need for energy and desire to reduce our dependence on  foreign oil,  Americans are turning to local oil fields.  Despite the current administration’s attempts at curtailing oil drilling, more people are going where the oil and the jobs are. These new fields are creating boomtowns where we’re seeing small towns grow and people finding work in a soft economy.  Let’s look at some of the towns that are booming because of oil. 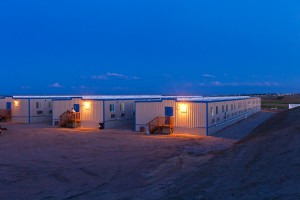 Unless you’ve been living in a cave somewhere, you’ve no doubt heard of the Bakken Formation that sits beneath North Dakota and eastern Montana and the associated oil boom. Williston, North Dakota, is poised for more growth in the next few years, having already grown 9.3 percent.  What’s more, the North Dakota Economic Development Foundation is looking to add nearly 20,000 more jobs this year.  The high incomes, many in the six figures, attract workers from all over the United States.  The population of Williston has more than doubled since the boom began.  Little wonder: oil experts estimate the oil-rich shale and dolomite of the Bakken holds some 24 billion barrels of oil.

However, the sleepy little town of Williston is suffering growing pains. The lack of housing has contributed to a homeless population where workers who get paid six figures are living out of the their cars or on a friend’s couch.  Even if you’re lucky to find a place to rent, you’re looking at paying nearly $2400 a month on average for an apartment that spans only 700 square feet.

Dickinson, North Dakota sits on the southern edge of the Bakken fields.  Like Williston, Dickinson is growing fast, and at 6.5 percent growth it was only outpaced by Williston. Like WIlliston, you can find some well paying jobs, but the housing shortage makes rents hit around $1,700 a month for apartments with two bedrooms. The big growth has been in single family home construction.  The number of housing building permits quadrupled in 2012 alone. 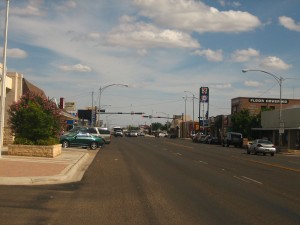 North Dakota may be hot, but Texas oil is still king.  According to USA Today, this year Texas will be producing about 3 million barrels of oil a day, outproducing such oil giants as Kuwait, Mexico and Iraq.  Texas, by itself, rivals countries in oil production making it the eighth biggest oil producer in the world.

Not surprisingly, Andrews, Texas has seen 4.6 percent growth due to the West Texas’ Permian Basin.  Technology has caught up and oil that couldn’t be extracted even twenty years ago is now being pumped.

Another hot area is the Eagle Ford Shale which lies in a long ribbon south and east of San Antonio and Austin and north of Houston.  Already, 7,000 wells are pulling oil and natural gas from the ground using fracking to get at the fossil fuels.  Tiny towns such as Three Rivers, Texas have seen an influx in oil and gas money like never before.  It’s likely that the boom will continue as more wells are drilled. Both Harris County and Houston had 2 percent growth rates or about 83,000 residents and 138,000 residents respectively last year. 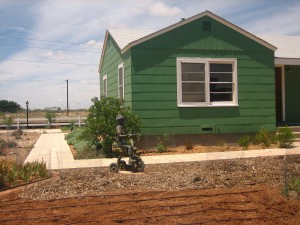 Another city that has benefited from the West Texas’ Permian Basin. Odessa, Texas has seen amazing growth at 3.4 percent in a year.  Mostly a working class town, it has enjoyed the growth with more than 2,500 new businesses and 500 new homes in the past three years.