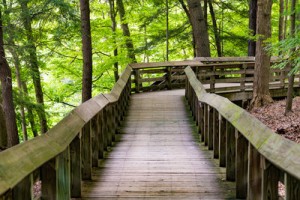 Ohio has huge shale gas reserves and the closure of coal-burning power plants has left a vacuum through which natural gas can rise. Old coal-burning plants used in Ohio used a steam boiler system, which was inefficient compared to newer methods. The new gas-fired plants will use both gas turbines and steam boilers, making them not only more environmentally friendly at the outset but also more efficient in production. It’s been shown that natural gas is significantly better for the environment than coal, and so a transition to cheap natural gas will both benefit the economy and the local ecology.

A Bright Future for Ohio Energy

As Ohio continues to produce large volumes of both natural gas and crude oil, its oil and gas industry has continued to grow, stabilize, and strengthen. Ohio is one of the few areas in which production has been able to ramp up steadily, as it entered into the shale gas market relatively late in the game. If Ohio is able to continue building its energy initiatives through power plants and unconventional drilling, it may be able to dominate a good portion of the domestic oil market. As the new Ohio power plants are built, Ohio residents should see more affordable energy prices and a stronger local economy throughout the state. 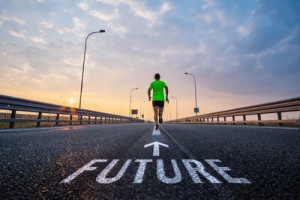 There is a downside to natural gas power plants: gas needs to be fed in through a pipeline to the power plant rather than stored through coal. However, this is a fairly easy to surmount issue, it just leaves a vulnerability in the system when it comes to natural disasters and other issues. By creating a solid system with redundancies, Ohio’s energy companies should still be able to maintain consistent and reliable service. This does make the pipelines running through Ohio even more important than ever; energy companies will need strong backing from lawmakers throughout the process of development.

Ohio’s energy future is looking particularly bright. Not only has the oil and gas industry remained strong and continued production throughout the state, but the transition to gas-fired power plants over coal-based power plants will both create large volumes of jobs and boost local economies. If Ohio can continue to produce and sell natural gas and crude oil, it should be able to create an extraordinarily stable energy market, both on a local and national level.

The oil and gas industry throughout the nation continues to remain strong, despite lower prices for both per barrel crude oil and natural gas. Tiger General LLC offers a complete inventory of oil field trucks, priding itself on reliability and customer service since 1925. If you’re interested in renting or purchasing solvent, treatment, dump trucks, swab master rigs, or other oil field equipment, contact Tiger General, LLC today.