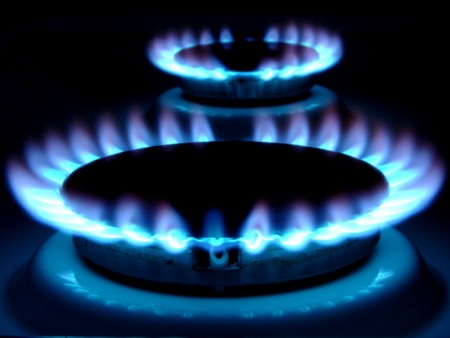 With the recent boom in natural gas production, gas has been in the news quite a bit. Alongside of the benefits of reduced emissions for power plants, cheap heating energy for homes, and a possible alternative to gasoline for cars, here are some other things that you probably didn’t know about natural gas.

We’ve Been Using it for Almost 3000 Years

With all the talk of pipelines, fracking, shale and well drilling we have a tendency to think that natural gas is a product of the modern world.  Truth is there are many examples of natural gas being used in the ancient world.

Around 800 B.C. Greeks built the Oracle of Delphi over top of a flaming natural gas vent. The Oracle was a temple dedicated to the Apollo, the god of music. Ancient Greeks believed that the god Apollo slew Python, his enemy, and Python’s body fell into a fissure that the Oracle was built over. The gasses that were released were from Python’s decaying body.

In the first century A.D. the king of Persia, unable to pipe natural gas to his royal palace (pipes had not been invented yet), built his kitchens over top of ground that had been ignited by lightening. The lightening hit natural gas that was seeping out of the ground.

Products That May Surprise You

Sure natural gas is a great source of energy, but did you know all of the other things that are made with natural gas? Here are a few of them:

Did you know that the rotten egg smell is not actually what natural gas smells like? It’s an additive that is put into natural gas so that people can detect a leak. Methane, the main chemical component of natural gas, is colorless and odorless.

When drilling for natural gas, methane is not the only chemical that can be extracted. Along with the methane other hydrocarbon fuels such as ethane, butane, propane and even naphtha can be found along with the methane. All of these “impurities” need to be filtered out in order to make what is commonly called natural gas; or dry natural gas. If the impurities are left in, then the mixture is referred to as wet.

Natural gas is a vapor at room temperatures. Many vehicles and other industrial appliances are run on liquid natural gas.  In order to condense natural gas vapor into a liquid, it must be cooled to a temperature of -260 degrees F (-162 C). This reduces the volume of it by a factor of about 600 and allows much more to be stored in canisters that are used for fuel.

The Fuel of the Future

Right now over 20% of the world is using natural gas as a primary fuel. If we were to stop mining natural gas now, we would have enough in our reserves to keep up our current consumption level for another 60 years.

No need to worry about that, the demand for natural gas is rising and the amount of reserves projected to be in the US alone could easily handle current and future consumption for hundreds of years to come.