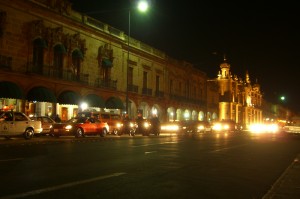 The Mexican government recently announced that it would set aside four-fifths of prospective oil resources for private company bidding. This move has ended a seven-decade oil monopoly within the area and industry experts believe that it will pave the way for improved profitability, as well as an energy boom. The area up for grabs includes deep water fracking opportunities, mature fields, and nonconventional reserves. The Mexican government has been quoted saying that it expects investments around $50 Billion over the next four years.

What Do These Changes Mean For The Oil Industry?

Mexico holds an estimated 13.5 billion barrels of proven oil reserves. These numbers make it amongst the ten largest oil producers in the world. However, prior to energy reforms Petroleos Mexicanos (Pemex) owned the monopoly on the Mexican oil industry. Pemex previously produced oil from easy-to-access sources located in shallow waters and onshore areas. The latter stature proved beneficial until the oil fields began to reach maturity in 2004.

The maturity of oil fields now requires companies to drill in less accessible areas. In this vein, the Mexican government believes that opening the area to more companies will improve the amount of oil that is found and sold. More companies means larger competition, new drilling tactics, and an improved likelihood of an energy boom, which would benefit Mexico and the companies involved.

The deep water space is of particular interest to many private companies. The Mexican portion of the Gulf of Mexico has remained largely untapped. In fact, according to Pemex, the deep water reserves have the potential to produce 27 Billion barrels of oil; provided the drilling is achieved within environmental laws and safety precautions are withheld. The implementation of the new reform bills will determine the pace and extent to which the deep water space is explored; however, sources remain optimistic that extended drilling in the Gulf of Mexico will be a viable solution in the near future. Environmental precautions, as well as investment in the appropriate technologies, is a must. To this end, companies such as Schlumberger have already begun to push towards deep water and sub sea technologies.

What Do These Changes Mean For The United States?

The United States oil industry has recently hit a few bumpy patches as law makers argue over the regulations surrounding new deep water and onshore fracking processes. In this vein, the move by the Mexican government opens a number of doors for smaller U.S. based oil companies. With potential monetary gains in sight, many companies are making moves as they plan to enter into the bidding war for drilling rights within the Mexican border.

Finally, the close proximity of Mexico to the United States could improve the latter country’s own energy situation. Having a viable energy source, drilled by U.S. companies, close to the border stands to offer an improved economic situation for all involved. Increased competition could result in improved Return on Investment (ROI), which in turn could be directly passed on to the end consumer. Time will tell just how much the United States stands to benefit from the new Mexican energy reforms.