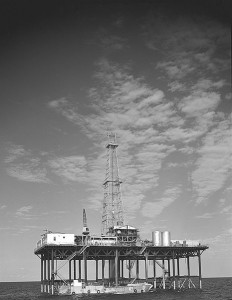 For hundreds of years, Mexico’s Oil Industry has been private. Since 1938, there has been one oil producer, Pemex (a.k.a. Mexican Petroleum), in the whole country. Pemex was a monopoly in Mexico, supplying all of Mexico’s oil to the country and surrounding countries. This allowed Pemex to determine not only the price of oil, but the quantity which would be allowed on the market.

However, this Pemex monopoly is at risk. The Mexican Senate has proposed an oil reform that would completely nationalize the Mexican oil industry. Under this new legislature, outside oil firms would now be allowed to compete with Pemex.

The new legislature would require contracts for oil production. The oil companies would pay royalties and taxes to the Mexican government for the right to explore and drill. Pemex would get first consideration for licenses from the government.

Despite Pemex’s vast size and market share in Mexico, they do not have the technical expertise to explore and develop promising oil sources like the deepwater Gulf of Mexico or the layers of shale South of the Texas border. So if the senate legislation passes the oil nationalization bill, Pemex is at a great danger of being out produced by other oil firms (like BP) who have the capital and resources to invest in deepwater drilling. Over time, this would result in a decrease in PEMEX’s market share. Additionally, it would result in a decrease in oil prices since there would be a greater supply of oil.

It’s not all bad news for Pemex though. As I’m writing this blog, the oil nationalization bill has not been passed. The bill still must be approved by the two houses of Congress and 17 of Mexico’s 31 states and Federal District.

Having said that, if the bill does pass, it will result in a huge economic boom for Mexico. As of today, Mexico is the 16th largest oil exporter. Yet, Mexico is the 10th largest oil producer in the world. What this means is that Mexico is sitting on a large amount of oil reserves that they are not exporting. Furthermore, it means that there is an immense amount of oil untapped in Mexico that can be extracted, if companies with the right amount of resources and capital become players in Mexico’s oil industry.

Since companies like Pemex dictate the oil exportation in Mexico, Pemex can decide how much oil to export. So, if the oil nationalization bill is approved, the Mexican government along with large global oil companies, can decide how much oil to export. This would create a large economic boom. The country would be able to solidify itself as a top oil producer and exporter. 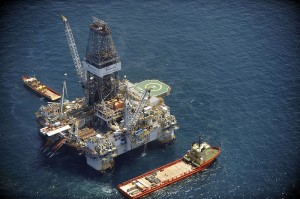 Overall, Mexico has an immense amount of oil that is currently untapped. The oil firm Pemex is the only player in the Mexican oil industry, and Pemex doesn’t have the necessary equipment to extract all of Mexico’s oil. If the oil nationalization bill passes, Mexico will finally be able to grow its oil industry to its full potential thanks to outside companies that have the resources for deep water drilling. If the bill passes, Mexico can become a significant player in the oil exportation industry. The country will see a severe economic boost, and will finally see the downfall of the Pemex monopoly in Mexico.