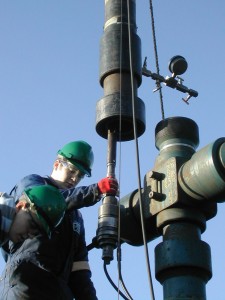 The price of gasoline is falling and Americans have domestic oil production to thank for the extra cash in their wallets. As of July 2014, the United States has become the world’s largest oil producer and is expected to remain so until at least 2030. This is incredible news for the domestic economy: global oil prices remain high, which poises the United States as a potential global powerhouse distributor for the rest of the world.

A significant portion of America’s success in the oil industry has come on the wake of protests, market disruption, theft and even outright sabotage in the other international markets. America is one of the few major oil reserves that is both socially and politically stable and this is very likely a situation that will continue for some time.

These international issues have created a perfect storm of events through which America has gained supremacy. Once American oil was able to gain a foothold in the market, crude oil prices fell globally. Once crude oil prices fell, other nations simply could not compete. 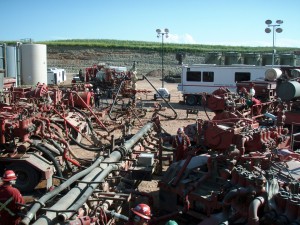 Domestic oil output has sharply increased in recent years due to the widespread adoption of the hydraulic fracturing process, especially in reserves in the South and the Midwest. Fracking allows the oil industry to access oil reserves faster, easier and safer. It has led to significant job growth, improved trade balance and bolstered the domestic energy industry overall.

Without fracking, domestic oil may not have been able to overtake foreign oil distribution even with recent international events. With less domestic oil production, Americans would be seeing gas prices going up and wages going down, leading to a sluggish economy and the potential for another recession. Improvement in the crude oil industry leads directly to a better economy. Furthermore, as the domestic oil industry improves, more money will be invested in the country and local economies will continue to strengthen.

While the outlook for America’s domestic oil production may look incredible, it’s important to remember that there are still some threats to America’s crude oil industry. Increased regulations on the oil industry and fracking could potentially lead to issues in the market. One Texas town is trying to get fracking banned outright despite the fact that hydraulic fracturing has been used for decades and is perfectly safe. If America is to stay on top of its domestic oil industry, it’s important that the politicians get on board and remain levelheaded.