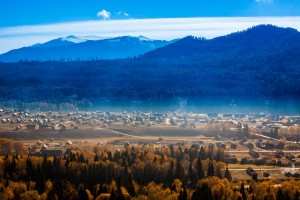 While the United States and OPEC have remained embroiled in a competition over control of the global oil industry, China has been making strategic moves to corner their own sector of the market. Early in the year, China became the world’s largest oil importer, surpassing the United States, which had improved its own domestic oil production. The reasons for China’s current strategy are manifold, and the consequences will likely be significant in the next few years.

China’s Motivations in the Oil Industry

The United States has steadily been gaining ground in the oil industry, reducing reliance upon foreign imports and improving its own domestic product. Concerned about losing their own financial stability, Middle East oil producers and OPEC reacted by attempting to drive the prices down on oil, in hopes of outlasting American competitors and making it financially unfeasible for them to continue building their operations. As many economists are aware, however, lower oil prices generally improve the American economy and are an end point goal for many domestic oil and natural gas producers.

China has sought to purchase a significant amount of oil at these low prices, far more than it presently needs. China does not have any major oil production itself, and so is reliant upon foreign oil imports, as the United States once was, before fracking revolutionized the industry. Strategic oil reserves could be extremely beneficial for China in the future, bolstering their commerce and improving upon their economic growth.

Though China’s oil purchasing maneuver is likely an insular attempt at improving its own economic situation, it could have other ramifications on a global scale. By purchasing at such low prices, China has created a demand in what was already an oversupplied market, thereby legitimizing the OPEC strategy of selling large amounts of oil at lowered prices. OPEC’s proven oil reserves are estimated to be 1,206.17 billion barrels — constituting 81% of the market — while the proven oil reserves in the United States is estimated at 26.5 billion barrels, though this number has been increasing in recent years as better estimates and technology have arrived. Saudi Arabia alone has proven oil reserves of estimated 268 billion barrels.

By selling oil at lowered prices — which have been now supported by the Chinese market — the Middle East can leverage their oil reserves in a war of attrition, making it more difficult for domestic companies to profit, innovate and remain in business. However, it’s important to note that the United States does not rely upon their raw oil reserve numbers. The United States has been developing technology and strategies to recover more oil and to recover oil faster and more cheaply than ever before, thereby continuing to remain strong within the market. The OPEC strategy of flooding the market and reducing prices does not take the ingenuity of domestic oil producers into account.

It remains to be seen how far China will take its oil stockpiling strategy. It is a country highly reliant upon oil but that cannot produce oil in any large amount on its own. When China ceases its stockpiling, the prices may either normalize or decrease depending on the temperature of the market, but should China’s oil needs increase following stockpiling, it could actually drive prices upwards long-term. More worrying, however, is that prices may actually sharply decline following China’s oil purchasing, as there will be excess oil within the market. All that is certain is that China remains a player to watch within the global oil industry.