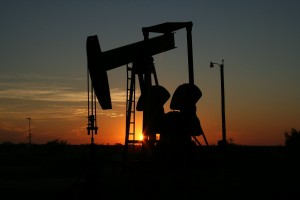 Hydraulic fracturing, also known as fracking, has tripled the production of crude oil in Texas in the past five years, contributing significantly to the growth of the natural gas industry in the United States. Presently, Texas is estimated to have 31% of the national crude oil reserves and 26% of the natural gas reserves in the nation, making the state an essential contributor to the country’s natural energy resources.

The Continued Growth of Natural Gas

Natural gas production is expected to increase by 44% by 2040, due to the increased availability of shale gas. Today, shale gas accounts for 39% of North America’s energy production, cutting into less efficient energy resources such as coal. With a great deal of this shale gas production occurring in Texas, it’s easy to see how Texas will be a leader in the energy industry.

According to the U.S. Energy Information Administration, Texas produced 6.86 trillion cubic feet of natural gas in 2013 — over double the amount of the next busiest state, Pennsylvania. Texas, Pennsylvania, Louisiana, Oklahoma and Wyoming are the top five states in natural gas production, while Texas, California, Louisiana, New York and Florida are the top five states in natural gas usage. Extrapolating from this, one can see that major metropolitan, populated areas such as California and New York are becoming dependent on the natural gas produced by states such as Texas and Oklahoma.

Economists predict that natural gas exports will boom throughout 2015 and into the future, as the United States is now able to claim more natural gas and oil than it needs. Not only has the amount of natural gas available increased, but it’s also believed that reserves will continue to increase as new methods are found to further improve the efficiency of natural gas drilling.

Natural Gas and the Texan Economy 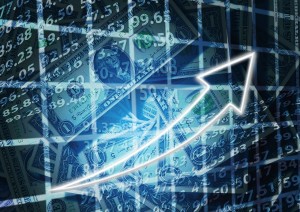 15.5% of Texas’ gross product lies within the oil and gas industry and, as improved methods of shale gas drilling have emerged, the Texan economy has grown significantly. According to Texas Natural Gas Now, the natural gas industry “supports 12% of the total employment in Texas,” at a staggering total of 1.3 million jobs. Even more significantly, these jobs pay an average wage of $23.16 an hour. The relationship between Texas and natural gas is clearly mutually beneficial. The industry of natural gas is enriching Texas while Texas is providing natural gas throughout the nation.

It is not yet known just how far the natural gas industry will grow in Texas. Proven reserves within Texas are only a small portion of the actual reserves that may be available and fracking techniques are constantly improving. What is known is that the industry is incredibly strong and growing, and that the entire nation presently relies upon Texas for a significant amount of its oil and natural gas. In the future, it’s possible that natural gas may become an export, further improving both local and national economies.