According to the 2016 BP Energy Outlook, fossil fuels will remain the dominant form of energy for quite some time. Energy demand is growing at a pace that other alternative energy resources simply cannot meet, even with a significant improvement and increase in renewable resources. The oil and gas industry will likely grow strong into 2035.

The Relationship Between Coal, Natural Gas, and Crude Oil

Many outside of the oil and gas industry expected to see the natural gas and crude oil markets shrinking as renewable and alternative energy resources became more popular. But there’s a very specific reason that this hasn’t happened: coal. Renewable, alternative energy resources are still fairly rare, and the small strides that they have made have been mostly in eliminating coal rather than oil and natural gas. This is because coal is far more damaging to the environment than gas and crude oil, in addition to now being more expensive. The ease at which gas and crude oil can now be extracted has made these fossil fuels a better alternative to coal. Consequently, through 2035, it’s likely that the coal market will be shrinking to make place for renewable resources, rather than the more valuable and ecologically preferable oil and gas market. An increase in oil and gas will likely increase carbon emissions, but it will only be at a rate of approximately 1% a year.

How Natural Gas and Oil Are Saving the Environment 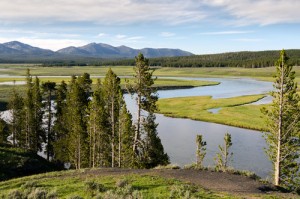 Coal has long been one of the most popular methods of energy generation throughout the globe. Comparatively, natural gas burns half as much carbon dioxide as coal does. Though this may still be more carbon dioxide than other sources of power (such as wind power and solar power), natural gas is also far more plentiful than renewable, sustainable sources of energy. Hydro power and other types of renewable power source are often considered to be prohibitively difficult and costly, especially in developing nations. As natural gas has lowered in price, there has steadily been a global shift away from goal even in third world countries. This has actually reduced carbon dioxide in the atmosphere far more than sustainable and alternative energy resources; essentially, widespread natural gas and oil are better for the environment than renewable energy. This will remain true until renewable and alternative energy sources are improved upon technologically.

The natural gas and oil industry will remain strong and in demand for quite some time, regardless of the amount of supply or the cost. This demand will be able to outlast the artificially low prices caused by OPEC and will ultimately lead to a market that will both rebound and remain stable. But oil and natural gas isn’t just cost-effective and in demand; it’s also better for the environment than other alternative energy sources. For more information about the future of the oil and gas industry, contact the experts at Tiger General, LLC.