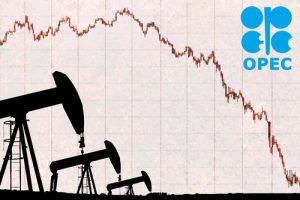 In a move that could have significant consequences for the American oil market, OPEC has recently altered its global oil strategy. Influenced heavily by Saudi Arabia, the OPEC nations made a bid two years ago to drastically and artificially reduce oil prices. The global market was flooded with affordable crude oil, which was both a boon to the economy and a challenge for oil producers. Recently, Saudi Arabia and OPEC have both decided to pull back on their oil production, potentially increasing per barrel oil costs again.

From an outside perspective, Saudi Arabia’s strategies thus far have been confusing and disingenuous. Though OPEC originally intended to force North American oil producers out of the market (specifically the United States and its shale gas), it only succeeded in encouraging oil and gas companies to further refine and increase production. In the history of oil and gas, however, Saudi Arabia’s price-fixing strategy could have potentially been extremely effective. In the past, domestic oil and gas companies would not have been able to compete because they wouldn’t have had access to hydraulic fracturing and other advanced oil recovery methods. 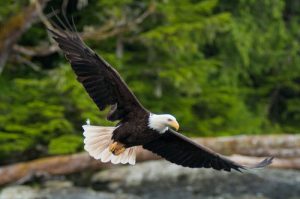 Low per barrel prices have made it more difficult for OPEC countries to profit. Meanwhile, non-OPEC countries have simply improved upon their abilities to recover oil faster and more affordably. After two years, Saudi Arabia has finally decided to increase per barrel oil prices again, by pulling back on production. But whether or not this will actually work in OPEC’s favor is debatable. American oil companies have shown a reluctance to reduce their oil production, instead finding ways to increase production and profit more through quantity. Further, sanctions against Iran have been lifted, introducing another player into the global market. Though Iran and Saudi Arabia are both members of OPEC, the introduction of Iran further diluted the market.

The Consequences of OPEC’s New Strategy

OPEC’s new strategy is principally developed to improve upon per barrel prices, which are already increasing as the oil market recovers. It’s likely, however, that the damage has been done and that OPEC and Saudi Arabia will continue to lose their market share on a global scale. North American oil will likely continue to improve upon their strategies, while per barrel prices remain at a lower cost point than they were two years ago. Luckily, it is not per barrel cost that American distributors and other shale gas oil companies are concerned with. Instead, it is profitability. It is possible that Saudi Arabia is looking to profit as much as it can now with the knowledge that it is being pushed out of the market.

To many analysts, OPEC’s strategies have been a continual “too little, too late” response to a modernizing market. Oil’s initial strategy of pushing out oil producers failed because of newly refined fracking methods. It’s very likely that their new strategy of pulling back from the market and improving per barrel prices will only further strengthen the North American oil and gas industry. Furthermore, OPEC’s strategy will have a minimal impact compared to the growing energy demand across the globe, as many countries reduce their reliance upon coal and increase their usage of crude oil.

As per barrel prices increase, North American oil and gas companies and those within related energy industries may want to begin their expansion. Reduced production from OPEC means good things for the domestic oil market. Tiger General, LLC offers top shelf, premium oilfield products that have been fully repaired and reconditioned, perfect for companies looking to grow.