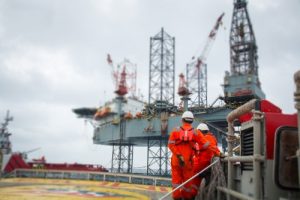 Sunday, November 11, will mark the 100-year anniversary of the end of World War I. In the United States, we commemorate this auspicious occasion with Veteran’s Day. In other countries, it is known as Armistice Day. “The Great War” ushered in a new era of technology, art and international relations. And for the first time, these advances were fueled by oil.

The Rise of Transportation

In 1918, the world was quite a different place. World War I was coming to an end, and the entire geopolitical landscape was rapidly changing. Along with these upheavals came a slew of new technologies manufactured for the war effort. The Great War had started on horseback, but as the planet ushered in a new century, so too did it adopt new methods. By the beginning of the 1920’s, oil would be king.

Following WWI, America was set to enter the Roaring 20’s, a time of great prosperity for a nation just entering the global stage. The post-war economy boomed, and average citizens had money to spend. Many of these Americans invested in the relatively new, yet revolutionary, trend of automobiles.

Before the Great War, oil was in high supply. Tycoons, like Rockefeller, had already made their fortunes by supplying the nation with crude oil, but its full range of uses what not yet known. WWI was the first conflict that used tanks, airplanes, and submarines. All of these required crude oil.

As the US began building more and more roads, and citizens bought their Model Ts, the demand for oil rose. The shift to fossil fuels from wood and hydropower was perpetuated by the new transportation craze. Coal was also mined much more regularly, but it had a slight disadvantage as oil was far easier to transport.

The Rise of “Big Oil”

For the first time, oil was driving the global market. It had become the lifeblood for every industrialized nation. From manufacturing, to national security, to an average citizen’s commute, oil was everywhere. Domestic production rose and rose, climbing from around 63,000 barrels in 1900, to almost half a million by 1920. This upswing in oil production made the young nation a major force on the global stage.

But other countries were quick to respond. The formation of British Petroleum and Royal Dutch Shell used their respective nations’ colonial reach to leverage oil production around the globe. With its seemingly endless potential, the dash for more oil became its own kind of arms race.

Tiger General is Here for the Future

Established in 1925, Tiger General has seen the history of the oil industry unfold. Browse our catalog or contact us to learn how we can help you be a part of oil’s promising future.