Baker Hughes Inc recently reported that the oil rig count in the United States has gone up to 511. The oil rig count has been steadily increasing throughout the year, which indicates optimistic outlooks for the oil and gas industry. Oil and gas prices have also continued to rise throughout the year, which has strengthened the industry and made both companies and investors bolder.

The Importance of the U.S. Rig Count

A Light at the End of the Tunnel

The domestic oil industry has had a difficult time. Over the past few years, the cost of oil has been increasingly volatile, due to both domestic and international pressures. But though the oil and gas prices did go down, this also had the additional benefit of improving the economy. As oil and gas companies were able to produce better yields for less money (through the streamlining of operations and reduced cost equipment), they were able to procure a profit even with the reduced costs. The strength of the oil and gas industry, in addition to sustained and growing energy needs, has bolstered the cost of oil and gas prices.

The Rig Count Continues to Grow 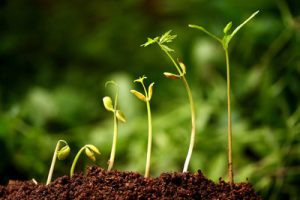 The U.S. oil rig count is expected to continue growing through at least 2018, raising to 1,100 by that year. There are a few driving forces behind this. Globally, the need for energy is ever-increasing. Domestically, the United States has shifted away from foreign oil and is now seeking complete energy independence, without having to rely upon any foreign oil imports. In fact, the United States may be able to export oil and gas internationally as energy needs increase throughout the globe. The oil rig count has, in the past, risen to as much as 4,530. It is very possible that the oil rig count could rise to this amount again within the next decade, depending on need.