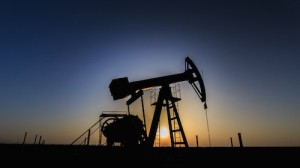 A task force has been recently assembled to determine whether or not hydraulic fracturing may be beneficial within the United Kingdom. It’s long been debated whether exploratory drilling could be helpful to the UK’s oil and gas needs. Hydraulic fracturing would be used to determine whether there may be recoverable amounts of shale gas within the UK and could potentially help the region in its transition towards a better energy future.

The Economic Benefits of Fracking in the UK

A thriving oil and gas industry within the United Kingdom has the potential to create thousands of jobs, in addition to reducing current crude oil and gas prices. The United Kingdom presently imports over half of its crude oil and gas, leading to scarcity of the resource. The United States was in a similar position with its domestic oil production, up until hydraulic fracturing was able to radically reinvigorate the industry.

The United Kingdom Task Force has requested that initial exploratory wells be allowed to progress. These initial exploratory wells would determine whether hydraulic fracturing could be truly useful within the area. If shale gas beds of suitable size were not discovered, then the debate could be finally laid to rest. If the shale regions in the UK proved to be productive, it could help secure the country’s energy future in addition to improving upon the economy.

Over a decade ago, the UK was able to export a significant amount of oil. By 2010, 28% of its energy requirements were brought in from foreign oil land gas sources. As of 2015, foreign oil reliance has risen to 43%, and these fossil fuel needs are only increasing. The United Kingdom’s natural resources are seemingly being depleted, but hydraulic fracturing and even refracking methods could be used to recover oil from previously inaccessible shale gas sites or well sites that are thought to have been exhausted.

The Controversy Regarding Fracking

Environmentalists and policy makers have been hesitant to begin hydraulic fracturing in the United Kingdom amidst protects that it could be environmentally damaging. However, the UK-based tax force has conducted reports, finding that the risk to both public health and the local environment would not be greater than the risk of any other similar industries. The reports concluded that hydraulic fracturing could be completed safely and harmlessly, given the appropriate safety regulations and constraints.

Though the United Kingdom may be moving towards renewable energy, the potential simply isn’t there for a complete shift. Today, many energy resources rely upon highly dangerous energy sources such as coal. In the United States, coal usage has significantly dropped off through the development of better hydraulic fracturing methods. Similar adjustments could be made throughout the world, including the united Kingdom.

The UK Task Force has found that there is little reason to hold off on hydraulic fracturing in the United Kingdom. Exploratory fracking could be used to determine whether the shale gas sites in the UK are truly viable, and whether they could resolve the United Kingdom’s current energy issues. The UK is increasingly becoming reliant upon foreign energy sources, and this could leave the UK’s economy at the whims of the market. For more information about fracking and the oil and gas industry, contact the experts at Tiger General LLC.