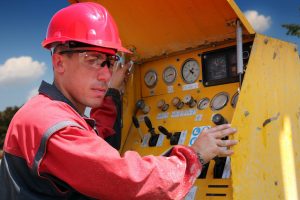 The U.S. rig count is currently up to 927 units, according to Baker Hughes, which is an increase of 11 over the past week. Historically, U.S. rig count is generally used as a direct prediction of enthusiasm and strength within the oil and gas market, as it correlates to whether or not businesses are actively choosing to continue to ramp up crude oil production. 2017 has seen significant strides made in the oil and gas industry, which is attempting to achieve balance in the wake of OPEC interference throughout 2015 and 2016.

Not only have the rig counts increased, but they’ve been increasing steadily for 21 straight weeks. This shows a renewed faith and confidence in a building market, especially following the pull back of Saudi Arabia’s production. Though ramping up production and drilling activity may increase the overall supply of oil, demand of oil has also been increasing. With a pull back in production from other countries, domestic producers are likely looking to fill a gap both in importing and exporting. 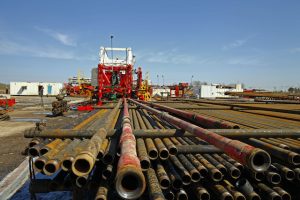 Though the rig count increase of 11 rigs a week may be a substantial improvement, it’s only the tip of the iceberg. The U.S. rig count has increased by 513 year-over-year; over 50% in a 12 month period. This is a tremendous amount of growth and highlights how the industry has changed over the last year. U.S. per barrel crude oil prices are still at $44.64 and falling, which means that the industry is no longer relying on high per barrel prices for sustainability. Instead, the oil and gas industry is looking to improve the volume of their oil and gas production and exports. Prices still have yet to stabilize towards the direction they were in before Saudi Arabian interference, at which point oil had a per barrel price of over $100. When oil and gas prices began to fall, it was expected that North American oil production would fall as well. This shift away from high value oil to high volume oil may very well have permanently changed the paradigm of the international oil and gas market.

An increased rig count is good news for the oil and gas industry; an industry that is likely to continue to grow and stabilize. The past few years have been particularly hard on crude oil, but American distributors are now poised to take back a large chunk of the existing market. On a global scale, it appears that many countries are not able to keep up with the new demand for cheap crude oil, which has been driven both by OPEC interference and by revolutionary new hydraulic fracturing measures and shale gas exploration. Both larger enterprises and smaller businesses in the oil and gas industry should soon be able to benefit from a boom, making it the perfect time to invest in new oil field equipment from Tiger General, LLC.