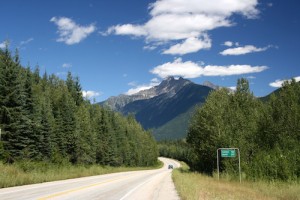 In addition to filing a lawsuit regarding the Keystone XL pipeline, TransCanada is also seeking $15 billion in damages and has levied a claim against the North American Free Trade Agreement. TransCanada has cited both constitutional law and the fact that the permit deal obstruction was both arbitrary and unjustified, thus affecting them unfairly. TransCanada believes that they met all of the requirements for a permit approval, and thus could not have anticipated that their permit would be declined. In other words, they believe that the permits would have been approved if they had operated domestically. There are two separate lawsuits involved; the federal lawsuit merely demands reconsideration of the permits in question, without any compensation.

The Obama Administration and TransCanada

TransCanada’s pipeline was rejected by the Obama administration seven years prior, following a significant amount of controversy and publicity. The pipeline would have crossed the border between Canada and the United States, but it nevertheless met all the required regulations of crossing state borders. Thus, TransCanada has argued that if it was a state-to-state pipeline, it would have been approved, and that approval was merely rejected due to external issues not related to the permit itself. The Keystone XL pipeline had been under fire for some time from environmental groups and Native American tribes, and it is believed by many that the Obama administration merely caved to the pressure presented by these special interest groups rather than considering the permit itself.

The pipeline by TransCanada was designed to bring oil through multiple states, supplying oil along the Gulf Coast. When completed, the TransCanada pipeline would be able to transfer around 800,000 barrels of crude oil per day, with 100,000 traveling through North Dakota alone. This would vastly improve economic conditions throughout the affected states by creating jobs related to oil and oil refinery, in addition to boosting the supply of local refined oil.

If TransCanada is able to win its lawsuit, it will be a boon not only to the local economies involved but also the oil industry as a whole. The Obama administration has recently blocked a significant amount of oil and gas production, and the lawsuit could open the door to further action against the government. For more information about the oil and gas industry, contact the experts at Tiger General, LLC.