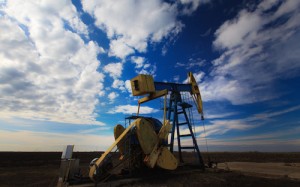 Acid gas injection involves the pumping of acid gas (generally CO2 and H2s) into the well to dissolve minerals and composites. In general, acid injection is done to get rid of excess H2s, but H2s is generally mixed with CO2 in use. Acid gas injection is done in an extremely controlled environment to avoid gas leaks and other related issues. By avoiding manual stimulation such as explosive techniques, the environment experiences less disruption. The major risk of acid injection is that acids may infiltrate the surrounding area, which represent a more significant risk to environmental conditions than other methods such as hydraulic fracturing.

Explosive techniques, also known as well shooting, use controlled chemical explosions to stimulate wells. Essentially, they are a more aggressive method of chemical injection and infiltration. Though explosive techniques are some of the oldest used in well stimulation, studies have shown that they are not as useful as other well stimulation techniques. Chemical explosions are not as precise as either acid injection or hydraulic fracturing and have a tendency to create more localized damage. There are other methods of explosive technique that have not yet been explored, such as the ignition of explosive slurry, and explosive techniques are still commonly used because they are comparatively simple. The process can be repeated to increase its efficiency but it may increase in risk each time.

Hydraulic fracturing has been used since the 1940s for safer and more controlled well stimulation. Hydraulic fracturing, also known as fracking, uses a fluid injection to break and fracture rocks. Fracking is extremely efficient and the risks are fairly low. In recent years, fracking has been criticized regarding potential groundwater infiltration and small scale, localized tremors. However, groundwater infiltration is uncommon and some analysts believe that the tremors produced through fracking may actually stave off larger scale earthquakes. Fracking is currently used in 50% of the onshore wells in the United States. It’s estimated that fracking can be able to increase the production of a well by up to 30 times the original flow rate and re-fracturing techniques have now been used to produce oil from previously retired well sites.

All methods of well-injection technique have been highly regulated by the government and are relatively free of substantial risk. However, hydraulic fracturing has become more popular because of its effectiveness and ease of use. Any of these methods of well injection can be used, though explosive stimulation techniques are generally the least precise and the least efficient of the three options.