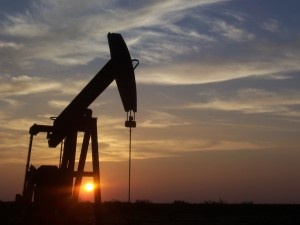 Baker Hughes Inc. has reported a significant rise in U.S. oil and gas rig counts, the first to have occurred in nearly 30 weeks. Oil rig counts have been steadily falling for the past few years, and a resurgence in rig operations may indicate a shift within the market. Generally, the rig count is used to determine the current demand for natural gas and oil energy and can have a significant impact on investment and speculative activities.

Oil pricing slid following the announcement of the rising rig counts, amidst concerns that the market has become oversaturated. Pricing has been falling throughout the year, as oil has been introduced quickly to the market by both domestic and foreign suppliers. However, the increased count of oil and natural gas rigs are the direct result of rising oil prices, as oil prices have been increasing in recent months. Thus, the slide in pricing is likely a temporary and reactionary one that will resolve itself. As a whole, oil pricing has been recovering and oil demand has remained stable. Some countries, such as China, have vastly increased their oil demand.

The Future of Oil and Gas

The domestic oil and natural gas industry remains strong, and the rising rig counts are indicative of optimism within the industry. While some believe that there will be a reduced profitability within the oil field service companies, others believe that the move to increase rigs indicates a resurgence of activity within the market. That being said, the rig count is still newly rising, and it remains to be seen as to whether or not the increases will continue.

The relationship between oil rig count and oil prices is a complex one, and either can potentially bode well for companies within the oil industry, depending on their focus. When oil rigs go down, the supply of oil goes down, demand of oil goes up and the price of the oil goes up. However, that’s because there is limited supply and thus there is less being sold. When oil rigs go up, the demand goes down and the price of oil goes down, but more oil is actually being sold, both through domestic sales and foreign trade. Thus, oil and gas services can still increase their revenue even in times of surplus, as it is a matter of volume.

Despite temporary pricing setbacks, the increased rig count is actually a good indication for the oil and gas industry. As the U.S. oil and gas rig counts continue to rise, it will further indicate stability and resurgence within oil and gas markets, previously dampened slightly by market saturation. Oil and gas demand continues to rise, especially in relation to foreign exports, and the market is stabilizing and recovering despite the attempts by OPEC to destabilize it via underpricing.