Though there have been many theories about potential environmental downsides to fracking, very few have discussed the environmental benefits. Fracking has an extraordinary number of positives for the environment and local economies, and very few negatives (if any) have ever been scientifically proven.

One of the incredible advantages to fracking is that it can recover both crude oil and natural gas from shale deposits in unprecedented amounts. This has driven down the price of natural gas and made natural gas a more viable solution than coal. Coal is produces three times as many carbon emissions as natural gas and is one of the most harmful fuels in the world. By aiding in the transition from coal to natural gas, fracking has actually improved emissions more than many other sustainable energy initiatives. Natural gas has surged and the need for coal has fallen in the last few years.

Reinvestment Into the Community 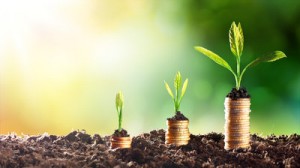 Finally, hydraulic fracturing also contributes to the environment indirectly. Hydraulic fracturing brings energy investors into local economies, during which time they invest directly into charity groups that perform environmental work and generally increase the value of their community. Many charity groups have seen millions of dollars coming in through energy partners, which have a vested interest in improving the communities in which they live and work. Many of these investments are going directly into further protecting the environment and ensuring the safety of the nearby regions.

Though there may be some concerns by environmental agencies, these concerns are generally unfounded and have not been proven. Fracking has not only improved the energy outlook for the world, but it has made measurably positive changes in the environment and it has invested considerably in local economies. Many  of the environmental fears regarding fracking are due to a misunderstanding of the process and a fear of new technology. Businesses such as Tiger General, LLC have been in business since 1925 and have always prided themselves on their safety and the safety of their products. For information about oil field equipment, including brand new trucks and custom built options, contact Tiger General LLC today.

One response to “The Environmental Benefits Of Fracking”