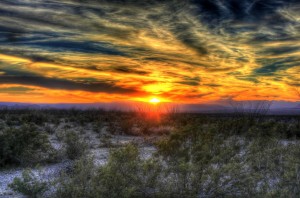 Since as early as 1972, Texas has been seen as a leader within the natural gas industry — producing nearly 10 trillion cubic feet of gas a year, and being in possession of almost a full quarter of the country’s reserves of natural gas. As of 2015, Texas produces more natural gas than every other country in the world save Russia. The state of Texas, alone, produces 18.84 billion cubic feet of natural gas a day, compared to the 15.43 billion of the entire country of Iran, and the 13.85 billion of Canada.

The boom of both natural gas and oil in Texas is attributed largely to new fracking methods, through which Texas has been able to utilize the shale reserves. Over the past decades, OPEC has largely maintained its oil and gas output, but the amount of oil and gas produced by Texas has soared. Consequently, OPEC has seen oil and gas prices plummet — harming OPEC members, but improving the domestic economy for the United States. This is a complete reversal of fortune from as little as a decade and a half ago, when OPEC members were able to control the prices of oil and gas and the United States experienced a significant economic downturn.

Many studies have shown a direct correlation between oil and gas prices and economic strength. The lower oil and gas prices are within the nation — a number which is now being driven by Texas — the better the economy performs overall, as the cost of doing business is vastly reduced. Consequently, there is a vested interest in investing as much into the oil and gas industry within Texas and within the nation as much as possible.

The Natural Gas Boom in Texas

In addition to improving the country’s economy, the Texas Natural Gas Initiative is also encouraging the adoption of natural gas as an affordable, versatile and plentiful fuel for transportation and production. Natural Gas Refueling Stations are being developed throughout the state and natural gas vehicles are becoming more popular. Ideally, the infrastructure will shift towards natural gas, making everything within the state far more affordable and improving the economy. Both compressed natural gas and liquefied natural gas can provide fuel alternatives, with similar energy content as diesel and gasoline. Having additional energy options will further reduce any remaining dependence the country may have on imported oil.

According to The Wall Street Journal, the current Texas gas boom will grow for decades, leaving no end in sight to the incredible benefits that the country will continue to gain from its natural gas.

An increase in domestic energy production, lead by the Texan oil and gas industry, is essential in ensuring and securing the country’s energy future. Through increased natural gas and oil production, the United States not only remains independent from other countries, but can also form strategic negotiations with other countries to export natural gas and oil. With a significant amount of outsourcing and globalization occurring throughout a variety of other industries, energy remains one of the most critical resources that the United States can maintain control of within its borders, thereby strongly boosting the economy.