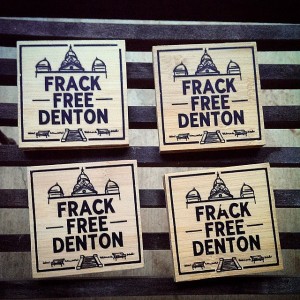 The energy boom is poised to save the U.S. economy. The only thing that dragged us kicking and screaming out of the 2008 recession has been the boom to the economy that fracking has provided. In spite of the benefits that hydraulic fracking has brought, the liberal environmental movement coupled with the media has been waging a war on the process. To continue pandering to the environmental agenda, many local governments are setting up bans on fracking in their area. Texas state lawmakers have had enough.

Denton, Texas is the small town where fracking as born. The process began being perfected on the Barnett shale formation near the town. For some reason however, lawmakers thought it would be wise to pass a ban on fracking.

Other towns and municipalities who were under influence by the environmental agenda took notice of this and were attempting to back door the banning of fracking in the state by passing their own laws. Until the state legislature stepped in, that is.

The Benefits of Hydraulic Fracturing for Texas and the U.S.

Texas is feeling the benefits of fracking in its economy. As this article points out, in 2013 alone the over $12 billion was collected in revenue by the state from drilling driven by shale oil and gas. That number is nearly five percent of the biannual budget for the entire state. Not only is fracking helping Texas and the rest of the US economy in jobs, it’s also helping to contribute to the overall energy independence of the country. These are all things that are being overlooked by short-sighted environmentalists with an agenda.

After trumped up and scientifically dubious reports linking fracking to everything from ignitable tap water to earthquakes, a war has been raged against hydraulic fracturing. Environmentalists are worried that irresponsible oil and gas companies will pollute the environment with fracking wastes. They also do not like the fact that fracking provides direct access to cheap fossil fuels, something that they would have disappear totally if they could.

While there is some validity to the claim that damage could be done by irresponsible extraction, the fact is that most companies are very careful about keeping the environment clean. States and municipalities where fracking takes place have ordinances in place that regulate waste water and chemical disposal. They also hold companies responsible for damages that are done due to their processes.

Texas Legislature Has Had Enough 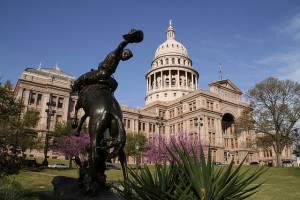 In response to these local bans, the state has stepped in. In November, lawmakers began crafting a bill that would protect the rights of property owners to do what they wished with their own property. The bill moves to prevent any limitations on what a landowner wishes to do underground on his property. The bill also provides provisions for regulation of above ground activities that are “commercially reasonable.” Examples of this would be violations of noise ordinances or an existing state wide ban on any drilling activity done on Sunday. The provisions would also allow regulation of distance between wells and residential areas, schools and other businesses.

The state house and the state senate have quickly passed the bill by large margins. Opponents maintain this is due to the massive oil and gas lobby in the state. Of course they are ignoring the lawmakers’ ability to recognize the good that fracking is doing for the state. It is now up to Texas Governor Greg Abbot to sign or veto the bill. He has stayed out of the debate so far, but is expected to sign the bill.