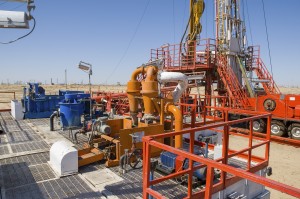 Texas drillers are finding new and unconventional techniques to continue producing oil from old wells. Drillers in Texas have discovered some new ways that they could recover billions of barrels that have been left behind by older techniques, from electrically-induced shockwaves to acid. These methods are being explored to both maintain and increase America’s oil production, which is presently at all-time highs.

The economic recovery in the last five years has been in no small part due to the domestic oil industry. At the beginning of the last decade, the oil industry was growing in leaps and bounds, and Texas oil companies invested a significant amount in rapid growth. As fracking techniques were refined, it became easier to recover large quantities of oil in the Texas region and profits soared. Soon after, foreign oil traders reacted to the new domestic oil trade by flooding the market with cheap oil, in hopes of driving the competition out of the market. Rather than becoming once again reliant on foreign oil, Texas companies decided to invest in innovation; Texas oil developers sought new, cost-effective ways to deliver more oil to market, so that they could make up their profits in volume.

It’s exponentially more expensive to drill new oil wells rather than to attempt to recover remainders from old oil wells. One such technique is called the “plasma pulse technique,” which is entirely separate from existing procedures such as hydraulic fracturing and refracking. Under the plasma pulse technique, small shock waves would be used to loosen rock formations, which would release unreachable oil and allow it to flow upwards. Plasma pulse technology would be less expensive compared to a traditional fracking procedure, and it would not involve any fluids or chemicals that could potentially damage the environment. The plasma pulse technique isn’t intended to replace fracking, however, but instead be utilized to agitate old wells that have been slowing down in production.

In addition to plasma pulse technology, refracking is another technique which could save the industry billions of dollars in new well costs. Refracking is the technique of returning to old wells (which were previously drilled using conventional, older techniques) and now fracking them, to recover oil that the more antiquated techniques simply could not. Refracking does not convey any more risk than standard hydraulic fracturing, and could aid the industry in recovering a significant amount of oil from sites that were previously thought to be completely depleted or that had significantly slowed. The government estimates that there could be up to 60 billion barrels of oil still available in old oil wells that simply could not be accessed through other means.

The Texas oil industry continues to find creative and inventive ways to improve oil yields, thereby reducing domestic oil prices and remaining in competition with the foreign oil trading nations. Though oil production in the United States was expected to slow down drastically following the reduction in per barrel prices, Texas oil developers have continued to grow. To learn more about the oil industry and domestic oil shipping, contact the experts at Tiger General, LLC.