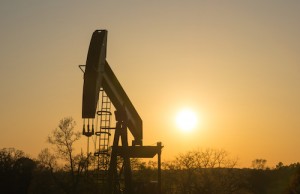 The rapidly approaching closing of stripper wells across the nation could ultimately the boost oil and gas industry as a whole, according to experts and economists. Stripper wells have a complex relationship with the oil and gas market, and consequently they may be able to lead to a market rebound through failure. As the market approaches $30 per barrel, the industry is searching for ways to recover.

The Role of Stripper Wells in Oil and Gas

Stripper wells are nearly depleted wells that produce very few resources. Nevertheless, these wells are still worked by oil and gas companies, as they do contain some deposits. In the past, stripper wells were able to make enough money that they could still turn a profit. In the current economy, this is no longer true. Though stripper wells individually recover very little, together they combine to make up approximately 10% of the oil and gas produced in the country. The cost benefit of working stripper wells is now extremely low; it’s more expensive to recover each barrel of oil, in terms of operating cost, than the oil itself is worth.

Closing Down the Stripper Wells

The lower the per barrel price of oil gets, the more likely it is that oil and gas companies will simply cease to work on their stripper wells altogether. These wells do not need to be shut down. Companies may simply walk away from them, as the industry as a whole is shrinking and the operational costs alone now exceed the value of the oil that is recovered. These stripper wells will not go away; they can be returned to once the industry has recovered, and consequently oil and gas companies have very little reason to keep them open if they are no longer useful.

How Stripper Wells Could Lead to Oil Rebound

Once the price falls enough to shut down these stripper wells, the amount of available oil coming to the market will be reduced by 10%. This alone could potentially be enough to increase market prices once again, as there will be significantly lessened supply. Additionally, the impact of closing down the stripper wells will be combined with the impact of shutting down more wells in general, which is a situation that is occurring rapidly due to the rising oil and gas costs. The only potential complication could be the reaction to this by foreign oil; if foreign oil continues to flood the market, the prices may stabilize or even continue to drop. Support for domestic oil is necessary to counter this.