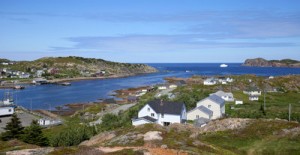 Two additional oil finds have recently been made by Statoil off the shore of Newfoundland, during an exploratory project that had drilled a total of nine wells over the course of about a year and a half. The exploration was conducted around a 310 mile area around St. John’s. These new oil finds may be able to promote further exploration throughout the region and will be a boon to the West Hercules semi-submersible drilling rig project. The area is potentially considered a frontier area, as only 17 wells have been drilled throughout the Flemish Pass basin. As development continues, the region could become quite profitable.

Though the discovery of additional oil in the region is promising, it’s not yet known how much can be produced. The reservoir itself was originally assessed at between 300 to 600 MMbbl of recoverable oil, but experts believe that it is possible that the oil will fall towards the lower end of that scale. New oil discoveries will make it easier for companies to assess how much oil is truly available to recover throughout the area and whether or not the exploration project can be successful. Nevertheless, the companies involved are all encouraged by the new prospects, and the oil recovered will be a boon to the country, which has significant energy demands. 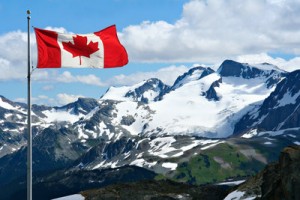 In 2015, Statoil received a total of six licenses for offshore exploration in eastern Canada. Since then, Statoil has been able to develop a number of wells and show that the region is quite likely to yield significant oil. Statoil has been able to bolster faith within the project through its steady developments and findings, though many were initially skeptical about the amount of oil that could truly be recovered. Through careful testing of prospects throughout the Flemish Pass Basin, Statoil will not only be able to develop new wells, but may also have new findings regarding the resources available. The licenses that Statoil received cover a total area of over 2,500 square miles, of which very little has yet been explored.

In addition to Statoil, Exxon Mobile, Chevron, BP, and BG have also been exploring the area surrounding Newfoundland and Nova Scotia. Many of the licenses for exploration have been awarded to multiple companies, though Statoil itself owns 100% of a single license. The widespread presence of all of these different oil producing companies in one area indicates that they do expect it to yield substantial results.

Exploration is a big part of the oil and gas industry. Recovery itself has been streamlined and developed to the extent that many companies can fairly quickly recover oil, as long as it has been properly discovered. For the most efficient exploration, companies need the right equipment. At Tiger General, LLC, products are built and engineered to the specifications of the customer, and nothing is more important than customer service and satisfaction. Contact Tiger General, LLC today for your next custom order of oil field equipment.