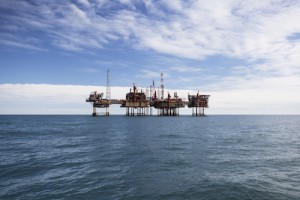 Despite the rejection of oil drilling permits earlier this year, Shell Oil is still hoping to continue its explorations in the Arctic. The Obama Administration recently declined to auction off new permits for drilling rights within the Arctic Ocean and further refused to renew existing permits. Regardless of permitting issues, the Royal Dutch Shell company had already ceased most of its operations within the Arctic, after it proved to be fruitless. While the company has not yet discovered any significant oil and gas deposits, it does wish to reserve its rights to explore the area in the future.

The Potential of Arctic Oil Exploration

Though the Arctic has a significant amount of potential, Shell was not able to discover significant deposits of gas and oil. However, setting up within the area for exploration did come at a significant cost for the business, and the business had hoped to keep the possibility of future endeavors open. Shell would need to pay approximately $43 million to keep its current leases, which amounts to 275 leases throughout the Chukchi Sea. This is a small amount compared to the bounty that could potentially exist within the Arctic Sea, and thus it is a viable investment for Shell.

The Obama Administration and Environmental Protection

The Administration earlier declined to renew or auction leases citing concerns that the industry was not interested enough in the region. Nevertheless, there have been other concerns that have been raised that could be influencing the decision. Numerous environmental groups have cited concerns that drilling within the Arctic could be potentially hazardous. Shell and other oil and gas companies do not believe that exploratory drilling would be harmful to the arctic. According to the Administration, Shell had a decade to comply with stricter safety regulations in order to be able to renew their lease. Shell had requested more time to do so.

Supporters of the oil and gas industry believe that Shell’s exploration into the Arctic would not only bolster the economy but would additionally fund new research and exploration into the environment. Through the current safety regulations and standards, Shell could operate extremely safe exploratory and drilling rigs while endeavoring to invest in the local environment. In fact, analysts believe that drilling exploration could ultimately be beneficial to preservation attempts.

Shell has estimated that up to 27 billion barrels of oil and 132 trillion cubic feet of natural gas could be contained within their leased area of the Arctic Sea. The recovery of these resources could have a substantial impact on domestic oil and gas production. Though the Obama Administration has cited safety and regulatory concerns regarding the non-renewal of these leases, the administration has also refused to renew or sell any leases within the area, likely due to pressure from environmentalists. For more information about oil field recovery, contact the oil field experts at Tiger General LLC today.