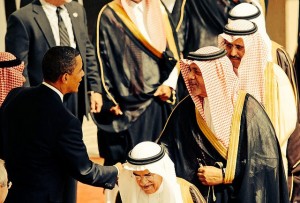 Saudi oil producers are expressing their displeasure at having competition by driving the prices of oil down to put the squeeze on US shale producers.

Is US production really a threat to Saudi interests? Can the Saudis drive the prices to a point that US shale production will slow or stop?

A History of Playing the Market 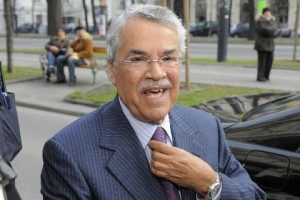 The current Saudi Oil Minister, Ali al-Nami is currently denying any wrong doing. If the political situation in the United States has taught us anything it is that the stronger someone denies something, the more likely that it is the truth. Not to mention this is not the first time the Saudis and OPEC have played this game.

Who can forget the oil embargo of the 1970s? Protest to the US support of Israel prompted the Saudis to stop exporting oil to the US and other countries. This caused oil prices to spike fourfold and caused rationing of gasoline in the US.

A similar stunt was pulled in the 1980s when the Saudis wanted OPEC to set global oil prices by limiting output of oil. When other OPEC nations balked at the idea of angering their biggest customer, the US, Saudi Arabia pulled their oil production out of OPEC in an attempt to drive the cost of oil up. When that didn’t work, they resorted to flooding the market.

So why play games now?

A Short History of Fracking and Horizontal Drilling

As the global cost of oil has crept up over the past decade or so, it became profitable for US companies to start to develop ways to reach oil resources that were previously too expensive to tap, namely Shale Oil.

Attempts were made in the past to access shale oil resources. North Dakota had a small oil boom in the late 1980s when they began experimenting with horizontal drilling. The long term outcome proved to be more expensive than it was worth, and production of shale oil fell off- until horizontal drilling was combined with fracking.

The combination of the two has led to oil producers being able to access shale oil more cheaply than before, but not as cheaply as the existing Saudi oil fields can.

So, what are the Saudis playing at? It seems that driving the price of oil down is counterproductive, especially in light of the financial crisis that Saudi Arabia finds itself in after the Arab Spring.

Saudi Oil producers know that there are costs inherent to the extraction of shale oil. If they can drive the price of oil down far enough, it could narrow US producers profit margins to a point where it was no longer worth continuing to drill. They may have waited too long.

Even if they flood the market and drive the price of oil lower, they are still competing with a booming market sector that is finding newer and cheaper ways to extract shale oil. It may come to a tipping point where the Saudis are unable to lower prices for a long enough time to force the US producers out of the market.

While there are some indications that oil production has slowed, how long before the Saudis feel the pinch in their own pockets and can no longer sustain high production and low prices? Only time will tell.