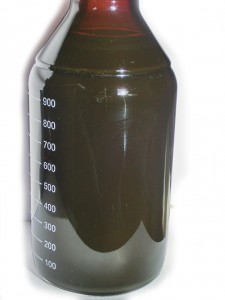 Though the United States has been producing a significant amount of domestic oil (and reducing its reliance on foreign oil imports), the recent Saudi oil price cuts may still have a significant impact on the economy and the oil industry. In recent years, the United States has been able to develop its oil fields through the use of advanced fracking technology and is now developing more oil than ever before. The Saudi oil cuts seek to leverage the current Saudi oil market to undercut domestic oil production.

Iraq and Iran are also competing against Saudi oil, and China is said to be entering into the arena. This may be of significant concern to the Saudi oil industry; though China’s reserves are not plentiful, their costs are low. As a way to compete within the Asian market, which is now extremely important due to the shifts in the United States and western market, Saudi oil underwent a dramatic oil price shift for November, slashing prices in their Asian markets.

The Effect of Saudi Oil Slashes on the United States

Indirectly, this indicates that the Saudi oil industry is becoming actively concerned about its reduced role in the global oil market. Domestic oil producers should be wary of further attempts of the Saudi oil industry to destabilize or control the market, either through throttling their own production, lowering prices or even flooding the market. By promoting a market slide in oil, Saudi seeks to disrupt other oil producers.

As the market price in oil slides, it can become so low that it becomes difficult for domestic oil reserves to compete. The oil industry overall must cut its prices and profit less, and this can hurt domestic oil production and increase foreign oil imports. For Saudi Arabia, which is already seeing lessened oil exports, this is still a winning situation because they have huge oil reserves and can sell a larger quantity, even at a lower price.

Saudi Arabia is still the largest exporter of the world’s oil. Though domestic reliance has lessened, this cannot change the fact that Saudi Arabia still has a huge amount of control over the oil industry. As Iraq, Iran and China move forward to claim their own stake within the global oil pool, domestic oil production may need to keep pace.