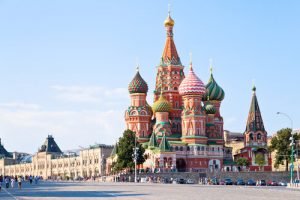 Not only is Russia not intending to slow down its oil production, but its oil production is actively increasing. In the past few years, oil prices have gone down significantly as a consequence of the flooded market. Though OPEC countries have been the primary source of these issues, non-OPEC countries have also significantly ramped up production. Russia’s oil output is believed to achieve 11.7 million barrels per day through 2017. This could further reduce the cost of crude oil.

Oil production, in general, has become less profitable per barrel due to the lowered costs. Many countries that have not been historically wealthy in oil have been driven out of the market via price-fixing. OPEC countries had an agreement to produce extremely cheap oil, in a bid to drive other countries out of the market. Though many of these countries are now pulling back from production, Saudi Arabia continues to produce large volumes of oil.

However, rather than pulling out of the market, many countries have instead begun producing larger volumes of oil. Russia was able to pump over 47 million tons of crude oil throughout October 2016. By doing this, they are able to make up their profits in volume. This has led to the belief that countries will need to come to some form of agreement in order to cap production and thereby stabilize the market.

Improving Upon the Cost of Oil 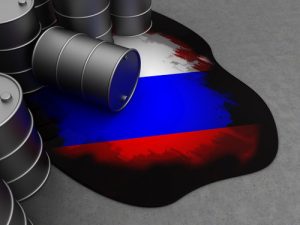 The current price of oil is artificially depressed due to the actions of OPEC and Saudi Arabia. Nevertheless, it has been believed that oil prices would rebound throughout 2016 and 2017 and would eventually attain their ordinary rates. Once the rates have recovered, oil and natural gas producing companies will be making substantially more in terms of profit. However, many companies (and countries) believe that oil prices cannot rebound unless countries agree to stop selling oil at unrealistically low prices.

Neither Saudi Arabia nor Russia appears to be willing to reduce their oil costs for the greater good. Instead, Saudi Arabia, OPEC, and Russia likely believe that they can outlast the others. The ultimate goal of high oil prices was always to push other countries out of the market and convert them into consumers rather than producers. Likewise, America has ramped up production rather than slowing it down, in a bid to ensure profitability.

Russia’s increased oil production could mean prolonging the oil recovery considerably. However, analysts still believe that the oil market is on an upswing and that it will continue to recover throughout the next year. Meanwhile, companies can now begin investing in their oil field technology and expansions through the equipment provided by Tiger General, LLC. Tiger General, LLC has a wide inventory of trucks and rigs available for any oil field company.