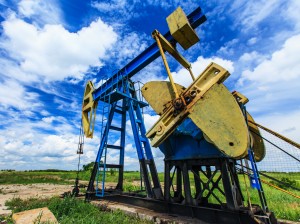 Though refracturing remains a niche market, analysts believe that refracking processes could potentially help the oil industry rebound. Refracturing is the process of revisiting previously depleted oil well locations and utilizing superior fracking processes to produce oil that could not previously be captured. Through refracturing, the value of each well site increases and the amount of oil reclaimed overall rises.

An Industry Thriving on Demand

Despite the recent loss in per barrel prices, the oil industry has thrived due to demand. Domestic and foreign oil and natural gas need has consistently increased, bolstering the industry. However, that hasn’t made it smooth sailing for domestic oil production. Domestic oil has still been harmed by the per barrel prices, having to now rely upon the quantity of oil produced and producing oil quickly. This is where refracturing could be beneficial.

Through refracturing, a certain amount of oil can be reclaimed through already known oil sites. This reduces the amount of discovery and investigation time, as the oil site is already known and cleared for drilling. Refracturing offers domestic oil producers the ability to produce more oil and sell larger quantities of oil with less of a time investment, thereby being able to compete better with foreign oil companies.

Refracking naturally includes innovative new technology which can claim more oil from the same wells. Oil and gas analysts believe that up to 11 percent of the market may come from refracking techniques by 2020. Not only does this drive innovation by encouraging domestic oil producers to find better and more efficient ways to produce oil, but it also involves unique technical challenges that can be translated to oil technology as a whole. With lowering gas prices, innovation has become a necessity. To stay in business, domestic oil companies need to find technologically advanced ways to increase their oil yield while also reducing their overhead.

The need to improve upon efficiency in refracturing will likely improve efficiency for the initial fracking procedures themselves. Better yet, many investors have found that refracturing represents a significant opportunity for them. Though investors may still hesitate in investing in the oil and gas market due to lowered prices, they may find themselves drawn in by the allure of refracturing technology, which will ultimately still improve the oil and gas market.

It’s believed by many that refracking will be a significant portion of the oil and gas landscape in the years to come. In the next decade, refracturing will undoubtedly become a popular way to revisit old well sites and to claim oil that could not previously be claimed through older technology. There are no known downsides to refracturing a sit is applied only to wells that were already understimulated and were already cleared for drilling. Thus, it’s also a safe way to acquire additional oil.