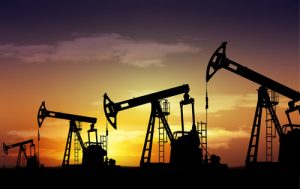 Oil production within the Permian Basin has continued to steadily rise throughout 2016, chiefly due to horizontal drilling. It’s believed that Permian production will continue to rise throughout 2017, as the region is plentiful and the cost of both natural gas and crude oil is increasing. Multiple operators have a vested interest in Permian Basin production and have been expanding their growth as the market stabilizes.

The Drilling Productivity Report released by the Energy Information Administration projects that the Permian Basin production will rise 3,000 b/d in September, bringing it to a total of 1.977 million b/d during the month. There are many driving forces behind this increase in production. Oil and natural gas prices have risen and the market has stabilized. Further, OPEC has declared an intention to pull back on its own production of oil, thereby creating a vacuum that can be filled. Domestic drilling has an opportunity to be able to take over more of the global market share during this critical time. The Permian Basin is one of the most plentiful and desirable areas in which to drill, so companies may be focusing primarily on this area.

Though Permian output is going to rise, the output of some other fields may be dropping. But this isn’t necessarily bad news. Rather, this could be indicative of an industry that is narrowing its focus and going after the easiest and most profitable sectors. Eagle Ford, Bakken, and Niobrara are among the oil fields that are expected to see a drop in barrels per day. The largest of these decreases could be a drop of 53,000 barrels per day in Eagle Ford. But reduced production in September as a whole may not be a bad thing, as it could lead to the stabilization of the new oil and gas prices.

Efficiency is Increasing through Better Technology 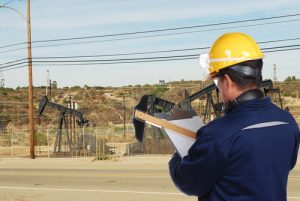 In addition to increasing raw oil production, oil and gas companies have also been able to increase the efficiency of their drilling. This means greater production over less time, and fewer resources expended on a per barrel rate. As the speed and efficiency of fracking technology continues to rise, oil production will likely become both more cost-effective and higher in volume. Additionally, the amount of recoverable oil that is located in the Permian Basin and other shale gas reserves will likely increase rather than decrease, as newer methods will make it possible to recover more of the oil that is available.

The Permian Basin is an incredibly important aspect of domestic North American drilling. As the Permian Basin continues to grow in production, domestic oil and gas will become both more plentiful and more affordable. This has the side effect of stabilizing and improving upon the economy. North American oil and gas companies will want to continue expanding through 2017 as foreign powers pull back on their oil production, and may find now the perfect time to develop into new areas. For those who are looking to procure new equipment for their oil field operations, Tiger General, LLC has everything you need.