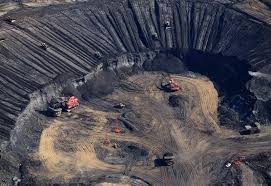 Canada’s oil sands have been the center of massive controversy, provoking everyone from celebrities to politicians. Canada’s oil sands offer the world a remarkable source of natural oil, a resource that is good for investors and the economy. The future of oil sands development may have a significant impact on the future of the oil industry overall though the strength of the American shale reserves have moved many operations to the United States.

What Exactly Are the “Oil Sands” of Canada?

It all began with the discovery of oil in the sands beneath Alberta’s forests. Oil sands, also known as tar sands, are a thick, sludgy mixture of clay, sand, water and petroleum. Large quantities of oil sands are found in Northern Alberta, and in other countries as well: notably, Russia and Kazakhstan.

As a country, Canada is estimated to have 174 billion barrels of oil. Of that 174 billion barrels, 168 billion are within the oil sands. Though oil sands were discovered many years ago, until recently it has been prohibitively costly and difficult to actually extract the oil. New technology has made the reclamation of this oil easier, faster, safer and cheaper. 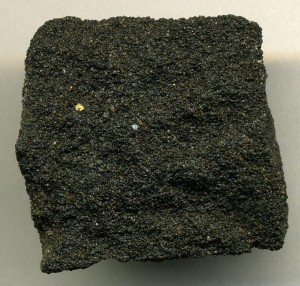 How is Oil Reclaimed from Oil Sands?

The process of extracting oil begins with digging the oil-saturated sands up from the ground. Once surfaced, the sand is then rinsed with water and chemicals which separate the oil from the sludge, also known as bitumen. Sometimes the separation process is done on-site and sometimes the separation process is done at a separate location. The oil is pumped into tankers and pipelines for distribution and the water is then filtered. What can be recycled is returned to the ecosystem.

One of the major issues that environmentalists raise regarding the oil sands is the mining process, which they believe requires that the ground above the oil sands be disturbed. In fact, only about 20 percent of oil sands are actually recovered through this type of mining. Most mining done is completed through a process known as “in situ drilling,” in which the surface is disturbed as little as possible. The forests are still able to grow just as they did.

Why are the Oil Sands of Canada Important?

Oil sands may very well be the world’s largest resource of oil on global scale, so what occurs in the Canadian oil sands may very well affect the future of the oil industry. As the technology for extracting oil from oil sands improves, many of the downsides will become limited; it is, after all, an industry that is in constant development. Moreover, it is actually less costly to recover oil from oil sands than shale.

How do the Oil Sands of Canada Affect the United States?

A great majority of the oil that the United States imports comes from Canada, and the number is continuously increasing. The future of Canada’s oil industry is thus tied intrinsically into the United States economy. Ultimately, should oil sands extraction become more popular, the cost of oil could go down globally and in the United States.

What is the future ahead for Canada’s oil sands? Undoubtedly, these reserves are extremely useful in times of oil scarcity. Presently, the American oil industry is so strong that reliance on Canada’s oil sands isn’t necessary. However, that is not to say that it will not ever be needed in the future. Having alternative methods of reclaiming oil from the earth is extremely vital, given that oil is a precious resource and that the global demand for oil is likely to remain constant or even grow in the coming years.