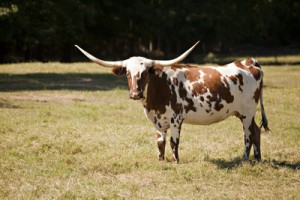 The Texas oil industry is ramping up production despite falling oil prices, in large part due to a newly refined technique called “horizontal play.” Though the oil and gas industry has been suffering on a national level (and many oil and gas companies have had to scale back their operations), other smaller unconventional drillers are taking advantage of the situation to develop their technologies.

Horizontal Play in the Permian Basin

Horizontal play is a new technique that involves drilling down and then sideways. Also known as horizontal drilling, horizontal play enables the quick manipulation of the drilling equipment, in order to quickly explore larger areas and capture as much oil as possible. Drillers are able to fine-tune the efficiency of their horizontal drilling through testing and analysis, to identify areas that are most likely to yield the best results. Consequently, the drillers are able to recover the most oil in the least amount of time.

Horizontal play allows Texas drillers to produce more oil at a lower cost, thereby being able to compensate for the current crude oil prices through volume. The Permian basin is already known to be an area with significant oil resources, located along the border between West Texas and New Mexico. In order to remain competitive within this changing market, companies have had to be more aggressive rather than potentially downsizing or reducing their operations. Once oil prices begin to rise again, Texas drillers will be able to capture even more profit, as they will still be able to take advantage of their new and highly efficient production techniques.

The Role of Technology in the Permian Basin

Horizontal play is not the only technique that is currently being used by unconventional drillers. Drillers are also using advanced 3D seismic technology, data mining, and other advanced techniques to reduce the amount of work that has to be done to produce oil. Not only does this cut costs, but it also vastly improves environmental outcomes, as less physical exploration has to be done. Presently, the Permian basin is able to produce larger amounts of oil with fewer rigs; rigs have gone down from 255 to 120 within just the past year. These increases in efficiency aid everyone, from the local economy to the nation as a whole.