Oil production is on the rebound in North Dakota, with over 1 million barrels a day being produced throughout October. Increased oil production domestically is likely for a variety of global factors, and is a significant indicator of a strong market. In the meantime, however, there may be a brief slowdown during the harshest months of winter.

Saudi Arabia, the rest of OPEC, and Russia have all been discussing reducing their oil production. Just a couple of years ago, OPEC made the decision to try to artificially reduce prices of oil in order to drive out American oil producers. This tactic has ultimately failed and has succeeded only in driving down the global price of oil. Just recently, OPEC made the choice to reduce production, potentially in hopes that prices would recover to prior levels. But this has not been agreed upon by American producers, who have instead showed signs of ramping up production.

The Relationship Between Oil Cost and Supply

As the supply of oil goes up, the cost of it essentially goes down. Thus, a high supply is actually considered to be bad for the industry. Because of this, Saudi Arabia and OPEC have attempted to price fix in the past, in order to push others out of the market. But when it comes to oil, the cause and effect is more complex; there’s no reason to believe that an increase of supply now will continue to decrease the oil prices.

Regardless of the supply of oil, the demand is quite high. When oil became cheaper, the need for oil increased throughout the globe. Many countries began to switch to oil instead of coal, as oil was finally economically feasible for them to purchase. Because of this, the demand has actually increased enough that market forces have been able to stabilize the price in the low $40’s. Whether or not this is a price point that could be ideal for North American distributors remains to be seen. 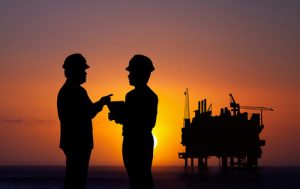 Essentially, domestic oil production is now in the same place that Saudi Arabia and the rest of OPEC was previously. Through increasing domestic oil production, the per barrel rates can be kept very low. It is now known that low per barrel costs are actually good for American oil and gas companies, which can produce oil at very low costs due to advanced technology and strategies such as fracking.

On the other hand, low per barrel costs are actually bad for Saudi Arabia and other conventional oil producing countries, as they do not benefit as much from hydraulic fracturing because they are not sitting on enormous shale gas reserves. The very strategy that OPEC used against America may, thus, be more successfully used against them in order to drive them out of the market.

Oil production in North Dakota probably won’t remain at 1 million barrels per day, especially due to the cold weather. Nevertheless, it indicates a very strong market for oil and gas companies, especially smaller companies that may have cut back due to economic uncertainty. Companies that now want to start investing and expanding may want to consult with Tiger General, LLC, a leading supplier of premium oil field trucks since 1925.