The oil industry has been increasing production substantially, now with an average of 206 rigs through July 2017. Crude oil production has grown by 5.7 percent and is now at 103 barrels per day. Per barrel prices are now at $43.10, which has risen significantly from the sub-$35 prices that were commonplace during the beginning of the prior year.

A Market in Recovery

International pressures from Saudi Arabia and the rest of OPEC had slowed the development of the oil and gas market. But Saudi Arabia has chosen to slow its own oil production, which has led to an increase in demand not only domestically but also locally. The market is now recovering because of this, which has led to many companies now racing to capitalize upon the improvement. Companies are now acting swiftly to develop new oil field projects and to plumb the depths of older projects.

Deregulation and Investment is Bolstering the Market

During the past decade, increased regulation had made the oil and gas market more expensive to operate in. Regulation has made it impossible to explore many areas, which makes it difficult for new oil field companies. But in the past year many unnecessary regulations have been lifted without additional safety or environmental concern. Because of this, it has become less expensive to operate and it has led to both growth and diversity within the market.

Changes in the Culture 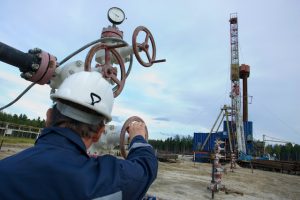 Overall the energy market has begun to embrace oil and gas as an intermediate step towards clean energy. Though clean energy may be an eventual goal for everyone, the problem is that it is not quite viable. Oil and gas is no longer perceived as being extremely damaging to the environment or to the economy and it has many beneficial effects.

The Future of the Market

Production is likely to continue increasing through the year at least, as there is still a supply deficit compared to global need. Companies within the oil and gas industry may want to start to expand now, with an eye for cost-effective and easily maintained equipment. Tiger General, LLC has provided superb oil field equipment since 1925. Contact Tiger General, LLC today to get a quote.