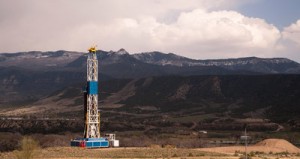 Technological innovation and advancement has led to a leaner, more productive oil and gas industry in the United States. The American oil industry is achieving greater profitability by reducing the costs of drilling. Not only is oil drilling less expensive than it has ever been, but the price continues to decrease. These costs are being reduced through the adoption of better tools and technology, in addition to the now widespread use of hydraulic fracturing.

Over half of the drilling being completed in the United States is now being done through previously unconventional drilling methods. Horizontal drilling and fracking are both reducing the costs of oil recovery, which is making it easier for oil drilling companies to recover profits even at a low per barrel price. In the past few years, oil prices have dropped from over $100 a barrel to under $40, an extreme commodities drop that has affected the global market. Rather than shutting down operations, oil drillers in North America have chosen to develop better methods of oil extraction.

In addition to hydraulic fracturing and horizontal drilling, companies are now using new methods of exploration, finding new oil and gas sites through simulations and modeling. This drastically cuts down on exploratory costs, which is both better for the drilling companies and less disruptive to communities and environments.

An Industry Based on Demand 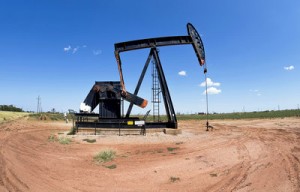 Though it was initially expected that domestic oil producers would pull back on oil production, oil production has remained high due to its demand. Not only is crude oil increasingly necessary throughout the modern world, but many third world countries are switching from coal to natural gas. This increased demand has kept the market liquid; though the prices may be artificially lowered by foreign oil suppliers, the oil and natural gas is still being used at record breaking rates. If American oil producers pulled back on production at this point, they would need to scale back their operations and they would not be able to continue fulfilling the demand for oil and natural gas in America. Furthermore, once prices did rebound, the American oil and gas industry would not be able to expand to take advantage of the new price increases.

As the cost of oil drilling continues to drop, domestic companies will continually become more profitable. This will be substantially improved once the oil market begins to rebound, which experts believe may occur throughout 2016. As a whole, however, reduced oil costs in addition to improved profitability will aid in oil market recovery while also bolstering the economy as a whole. Lower gas and energy costs are able to improve upon the general American economy, while improved profitability through efficiency will help the oil and gas market and the local economies that rely upon it. Companies that are interested in further reducing their expenses can contact Tiger General LLC today to get a quote on new, used, and affordable premium oil field trucks.