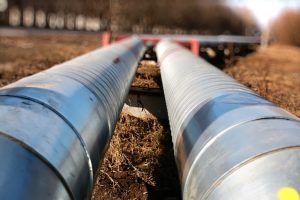 The Dakota Access Pipeline has been a controversial development for the last few years. Both environmental groups and Native American tribes protested against the use of this pipeline, under the belief that it could adversely impact the environment. However, this $3.8 billion project is very likely to vastly improve upon oil and gas operations throughout the area, which spans from North Dakota to Illinois.

The Dakota Access Pipeline is going to be transporting over 500,000 barrels of oil daily. While this may seem like a lot of oil, it must come with the understanding that this oil is going to be transported regardless. Studies have been shown that pipelines are by far the easiest and safest way to transport oil and gas. Other methods are not only costly and inefficient, but they are also more prone to leaks, accidents, and other environmentally-disruptive issues. In that way, the Dakota Access Pipeline is actually going to be protecting the environment from the potential negative effects of this oil transport.

The oil industry has been ramping up its development throughout 2017 and is likely to continue to do so for the next couple of years. This is going to create the need for additional oil transportation methods, regardless of whether the Dakota Access Pipeline is open or not.

Though there have been pipeline leaks in the area, the pipeline leaks were relatively minimal. The Dakota Access pipeline has leaked three times, during which time the waterways were not impacted and the environment was not significantly affected. The largest amount of oil that was leaked was 100 gallons, with a smaller amount of 84 gallons also leaked. Altogether, that means that even when the pipeline has failed, it has failed in a minimal way, and that an adverse environmental impact has not been proven.

$38 Million in Costs from Protesters and Cleanup 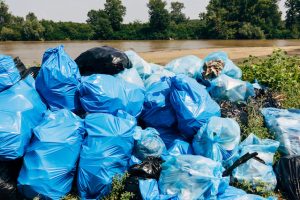 One final issue that is haunting the Dakota Access Pipeline project is the $38 million that the state had to invest in cleaning up the area following protests. The protests themselves were very costly; either the state can pay off the cost of the protests or attempt to pursue compensation from the protestors themselves. Ultimately, the protests proved to be futile because of both the utility of the pipeline and the fact that negative environmental issues simply could not be proven.  There are still protestors within the area and it’s expected that additional protests may occur in the future, though it has been mostly quelled.

The Dakota Access Pipeline may have been substantially delayed through the work of protesters, but it is now on track to begin transporting crude oil. As the domestic oil industry continues to grow, this is going to be a fantastic way to actually protect the environment from potential spills in less reliable methods of oil transportation. And for those in the now growing oil and gas industry, Tiger General has everything an oil and gas company needs to begin expanding their fleet.