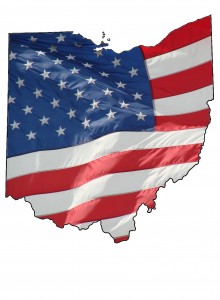 Ohio’s Utica Shale continues to grow in terms of production, seeing incredible increases in year-over-year production in both oil and natural gas. Though the price of oil has declined over the last few years, production has been increasing, as oil and gas companies hope to make up their losses by using new and advanced technology to produce larger volumes of fossil fuels with less of an overhead investment.

Production Increases in the Utica Shale

Oil production in oil increased from 7.4 million barrels to 15.7 million barrels when comparing the first three quarters of 2014 to the first three quarters of 2015. In that same time period, natural gas production increased from 287 billion cubic feet to a staggering 651 cubic feet. The amount of oil and gas that was produced by shale wells in Ohio in 2015 was more than produced in the entirety of Ohio in 2014, showing how significant the influence within the Utica Shale truly is. Additional shale permits have been approved and there are presently a total of 2,087 shale permits throughout the region.

A Response to Plummeting Prices

Production has increased throughout the nation as a direct response to plummeting global prices. Rather than closing existing oil production facilities, many have instead chosen to meet their profit goals by improving upon the volume of oil produced. Nevertheless, there has been a significant slowdown in many regions within the oil and gas industry. Ohio’s Utica Shale well sites have been able to survive due to relatively low cost and high yield hydraulic fracturing production methods. It is likely that the oil and gas production within the Utica shale will continue to remain stable for some time.

Improving  Upon the Local Economy 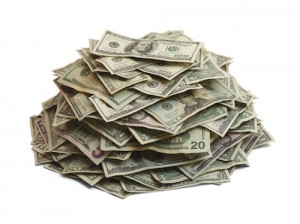 Ohio’s drillers have managed to maintain jobs within the region rather than shutting down oil sites and committing to layoffs. The local industry believes that the pace will be kept for the foreseeable future, but that it will increase once the per barrel price of oil has rebounded. Analysts believe that 2016 should see the beginning of oil price recovery, and that oil prices will have gone up significantly within the next few years. Once that occurs, Ohio’s Utica Shale will likely continue to expand rapidly. There is still a significant amount of oil within the shale. Utica Shale also extends into West Virginia and Pennsylvania, but these areas are not as optimal for drilling.

Utica Shale sites show no sign of slowing, which is a good thing for the local and national economy. An increased emphasis on domestic oil (and a decreased reliance upon foreign oil-producing nations) will ultimately lead to lower inflation and a booming oil and gas industry. Tiger General LLC has been a supporter and partner of oil and gas companies since 1925, and continues to maintain only the best in customer service. Contact Tiger General LLC today to find out more.