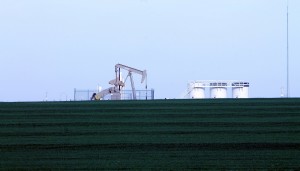 Stringent new regulations have been imposed on horizontal gas and oil well pads in Ohio, following an announcement by the Ohio Department of Natural Resources. Ohio has been developing its new safety standards over the years, which are targeted primarily at protecting the public and improving upon environmental protection. This includes a significant amount of water and soil erosion management. However, there are many concerns that these additional oil well rules will introduce complexity into the industry that is neither necessary nor helpful.

The New Oil and Gas Regulations

The new oil and gas regulations outline proactive regulations regarding plans for new horizontal well pad sites. The plans will need to be certified by an engineer and then reviewed by the Ohio Department of Natural Resources. Only once the plan has been approved will the construction of the new well pad be allowed to begin. Plans will need to include a variety of maps, drawings and reports, including plans for erosion and sediment control. These standards have been in development for two years.

Major concerns regarding these new oil and gas revolve primarily around the need for geological surveys and protection plans, in addition to the requirement of passing review by the Division of Oil and Gas Resources. There are additional and significant costs involved in creating such detailed plans for the ODNR, and it is not yet known how strict they will be regarding the passing of these reviews… and whether the review process will be a lengthy one. Should the review process be too lengthy or require too many revisions, it could significantly stretch out the build of a project.

Further, it isn’t clear on whether the additional geological planning is actually beneficial. Though sediment loss has been noted on horizontal well pad sites, the effects of this sediment loss have not been documented nor has it been shown that the sediment loss itself is significant. Thus, some have seen these new oil and gas regulations as resolving a problem that may not have existed. Whether or not Ohio’s new oil and gas regulations prove to be successful and can be implemented without inhibiting the growth of the oil and gas industry will likely affect whether other states approve similar rules. And while Ohio may be able to function as a testing bed for this type of regulation because its oil industry is not as size-able as other areas such as Texas, these new regulations would likely harm states with a larger oil industry with far greater severity.

Whether or not the new oil well rules will improve upon water quality, reduce soil erosion and protect public welfare remains to be seen. There are many reasons to believe that it will cause undue complexity within many oil sites across Ohio, and it’s not proven that any of the “risks” to public health that the regulations are protecting against were truly significant.