The Unique Advantages of Ohio Oil

In addition to having relatively recent production developments, Ohio oil is also extremely productive. The high productivity of the area may be contributing to oil’s strength in the region. By being able to produce larger quantities of oil with a lessened cost, the Ohio oil industry can claim profits where others would claim losses. The goal of the oil industry in recent months has been to ramp up production while reducing overhead, in order to still be able to sell oil at these exceptionally low per barrel prices. Both the Utica and Marcellus shales are using hydraulic fracturing, which is able to capture and produce more oil than traditional, conventional methods of oil recovery.

Challenges Ahead for Ohio

There may still be some challenges that need to be faced for the Ohio oil industry, as the oil prices are still falling throughout the globe. As oil prices fall, it will be harder and harder for the companies to keep their profits and continue increasing production. However, it’s also a war of attrition; once the global supply of oil starts going down again, Ohio will be able to keep its production steady or continue increasing it. Though Ohio could reduce its production now, it would serve little purpose except for damaging the local economy and potentially taking away from Ohio’s unique position following a rebound.

The Increased Need for Natural Oil 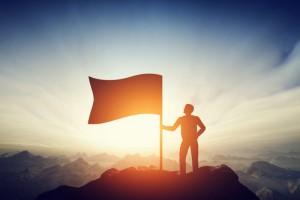 Ohio’s shale doesn’t just capture crude oil; it also captures significant amounts of natural gas. While natural gas prices are also fairly low, the need for natural gas is soaring, and natural gas is quickly replacing coal as the resource of choice throughout the world. In March, Ohio is expected to produce 3.28 billion cubic feet of gas each day, which is an increase from the 3.25 billion that it was producing before. These significant numbers are also bolstering the oil and natural gas industry in the state. Both natural gas and oil also improve the local economy.

It is unknown how long the oil and gas prices will stay down; though the prices are low, it is not a natural fluctuation of price, but instead caused by a flooding in the market by OPEC. Once production within OPEC slows down, the gas and oil prices should be increased significantly, and Ohio should be poised for significant economic expansion. For more information about the oil and gas market, contact the experts at Tiger General, LLC.