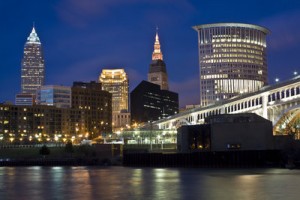 Ohio oil and gas production has remained at high levels despite slow downs throughout the rest of the world. An oil and natural gas surplus may have led to a reduction in prices on the market, but Ohio has continued to provide natural gas and oil domestically and has been able to maintain its profits. More efficient and profitable methods of oil and natural gas recovery, such as fracking, are being used to make sure that Ohio oil and natural gas companies can continue their operations without having to shut down.

Increased Production in the Utica Shale

Natural gas production has increased by 25% and oil production has increased by nearly double year-over-year in Ohio’s Utica shale developments. Though this may seem surprising given the current climate, the oil and gas companies in Ohio are holding on to production in hopes of eventually being able to capitalize upon the market turnaround. To downsize would have drastic effects on the local economies in addition to making it harder for the companies to turn a profit when the oil and natural gas prices inevitably increase once again.

The oil and gas prices are expected to begin increasing by the end of this year, as they have primarily been driven by oil volume increases spearheaded by Saudi Arabia. It remains to be seen what impact Iran, freshly out of its sanctions, will have on the global market, but it’s likely that it will not have any greater influence than the OPEC-related flooding of the market that occurred over the last two years. Analysts agree that the current pricing of oil and natural gas is a unique condition that shouldn’t last, and while many other states have had to scale back their operations, Ohio has been able to steadily grow.

The Future of Ohio Oil and Gas 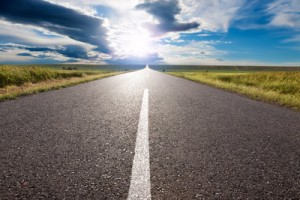 Experts within the Ohio industry believe that 2017 will have a better outlook in terms of pricing for oil and natural gas.  This means that Ohio can have a bright future as long as they don’t significantly scale back their operations in 2016. The oil industry has managed to significantly increase its production year-over-year despite lowered costs, in part due to the fact that they were only beginning their operations during the initial fall of oil and gas prices. This gave the oil and gas companies within Ohio the unique ability to grow to the size of the market, rather than having to downsize already deployed developments.

It’s hoped that oil and gas production throughout Ohio will continue to grow despite the current economic situation. Once the oil and gas prices rebound, Ohio will be poised to increase production further and capitalize upon the profit margins that it has established through advanced technology and streamlined production methods. At Tiger General, LLC, there is a wide inventory available of state-of-the-art oil and gas technology, designed to reduce costs and increase profits. Contact Tiger General, LLC today for more information about equipment and services.