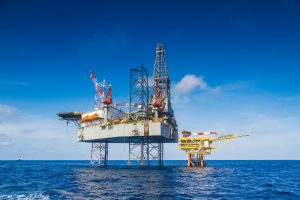 Offshore oil and gas companies create nearly 840,000 jobs, keeping Americans steadily employed, reducing employment rates, and causing the local economies to flourish and thrive. There is a reason why unemployment rates are so important; the more people employed, the more money being spent and pushed out into the community. The more jobs there are available to Americans, the better the economy will fare overall.

Energy independence is exceptionally important for all countries. When countries are dependent on others for their energy, they have to pay higher energy costs. These energy costs are directly transferred to the cost of doing business, recreational activities, and household maintenance, across the entire country.

With $450 billion being spent in private sector spending in the offshore oil and gas market, it’s easy to see that oil and gas production is building businesses. These aren’t just large businesses either. When oil companies move into an area and develop it, they also begin to support local economies and small business owners. Offshore oil and gas production can help in strengthening the local economy providing that community with a strong financial trickle-down effect.

Despite all of these major benefits, nearly 90 percent of the shore remains off limits to those who would seek to complete the offshore drilling. Much of this is due to the fear that offshore drilling could be harmful to the environment, though the opposite has been shown to be true; offshore drilling rigs actually provide an environment that is overall beneficial to local sea life.

Reducing offshore oil and gas production could have a devastating impact on not only the domestic economy but also the global economy. Countries would have to rely upon OPEC, which has historically been shown to lead to massive energy shortages, tremendous energy costs, and an aggressive and tumultuous political situation. Domestic companies should be moving to expand their oil production and further reduce the United States’ reliance on foreign oil and gas. In doing so, they can contribute even more to the domestic recovery. Tiger General, LLC has been contributing to the domestic, American-made energy market since 1925 and still provides the highest quality equipment at the most affordable prices.